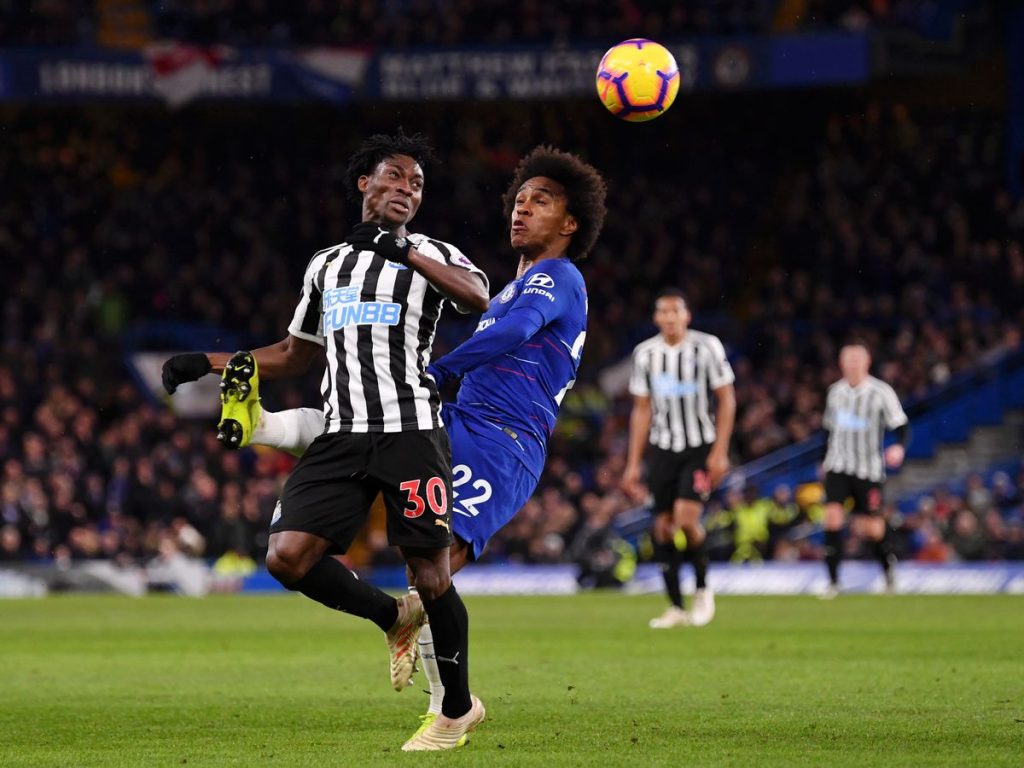 Christian Atsu has an uncertain future at Newcastle after struggling for form and playing time this season. The 27-year-old has made 17 appearances in all competitions but has racked up just 654 minutes of football.

He’s made just one assist in the Premier League since September and no longer commands a starting place under Steve Bruce, so he should be sold before the transfer window shuts.

Atsu joined Newcastle from Chelsea in 2017 and has gone to make 113 appearances, scoring and creating 16 goals. For a winger, the Ghanaian international hasn’t been too prolific or creative at St James’ Park.

Atsu’s last goal in the league came in Newcastle’s 3-2 defeat to Liverpool (May 4, 2019), ending a 17-month drought. As things stand, the 27-year-old has gone eight months without finding the back of the net, so what are the Magpies paying him for?

With 18 months remaining on his contract, Newcastle must sell Atsu in January or over the summer before his value significantly drops. That being said, it remains to be seen which clubs would be interested in the out-of-form winger.