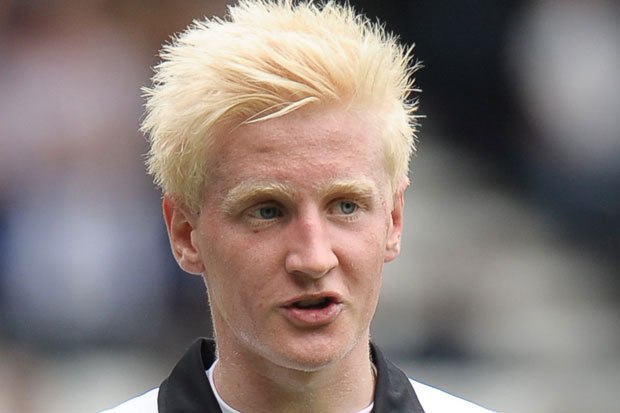 According to a report from the Telegraph, Watford are closing in on a deal for Derby County midfielder, Will Hughes.

The midfielder, who recently turned 22, was once touted as the next big-thing in English football, but his stock has subsequently fallen in recent years.

He broke into the Derby senior team in 2011 after graduating from the club’s youth academy, and had racked up 187 appearances for the Championship club.

He has slowly and steadily build up his experience at Derby, and now looks all set to move to the Premier League, with Watford reportedly close to signing for £8 million; the fee could rise to £10 million if add-ons are included.

Should Newcastle United make a last minute move to hijack the deal?

Rafael Benitez has been promised a massive transfer war-chest to bolster every area of the pitch, and Hughes could be a good addition to the side.

The Chronicle reported in April that Hughes is on the Spaniard’s radar, as he aims to add creativity to Newcastle’s midfield.

Hughes has done little to justify his price tag (based on last season’s performance), but there’s no doubt about his talent.

He is young and has age on his side to fulfil the potential that was expected of him. His signing could be a gamble, but it is a gamble worth taking on.

If he turns out to be a success at Vicarage Road, Newcastle could blame themselves for not snapping him up despite showing an interest.