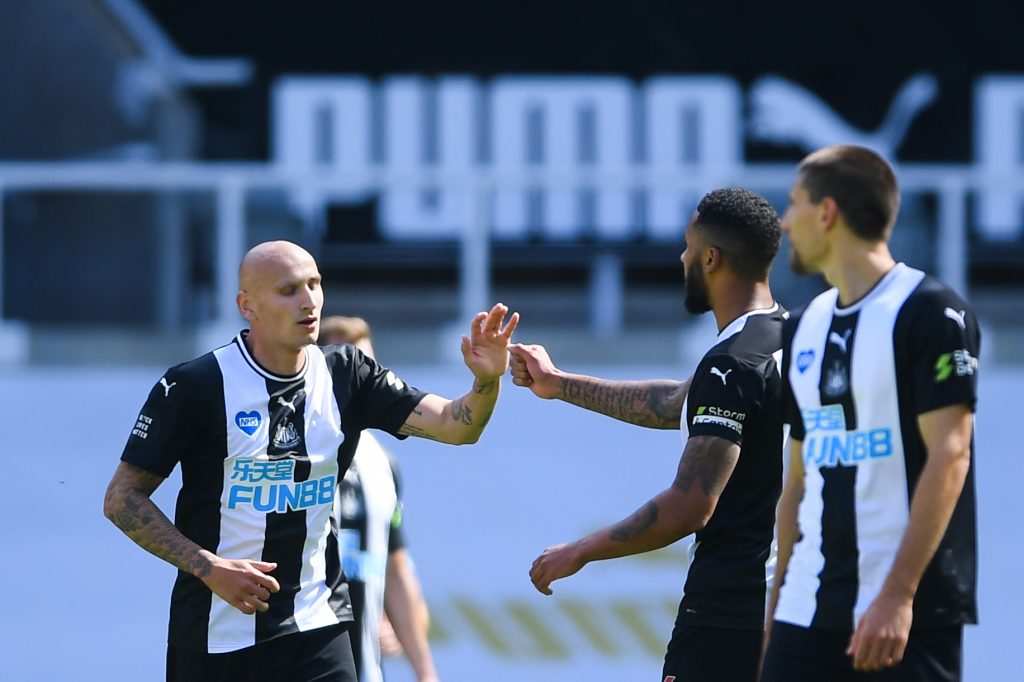 Newcastle United crashed to a 3-0 defeat against Brighton & Hove Albion in the Premier League last night.

Steve Bruce’s side came into the game needing a win but were comprehensively beaten and the fans were thoroughly disappointed with the lack of desire shown by the players.

There were several disappointing performances across the pitch, but Jonjo Shelvey was particularly was abysmal for the visitors.

The 29-year-old Newcastle midfielder failed to create any meaningful chances for his side, and he kept losing the ball to put his teammates under pressure.

His lack of work-rate hurt Newcastle defensively, and the midfielder appeared disinterested throughout the 90 minutes.

Despite his immense ability, Shelvey has failed to produce consistently for the Magpies and last night was another frustrating exhibition from the former Liverpool midfielder.

Going down this season is a strong possibility for the Magpies, and it is debatable whether Bruce and his players will turn things around in the coming weeks.

Relegation to the Championship could prove catastrophic for Newcastle financially, and the fans will be hoping for a lucky escape.

Some Newcastle fans took to Twitter to share their thoughts on Shelvey’s performance last night and here is what they had to say.

There's hasn't been many more depressing sights in my 25+ years of following football than seeing Jonjo Shelvey and Joelinton skulking around a pitch in an empty stadium, knowing they're taking home 80 grand a week regardless of what happens tonight or in the club's near future.

I’ve never been so happy for an international break. I don’t need to watch Shelvey, Joelinton and co for 2 whole weeks. Looking on the bright side of things. #NUFC #BruceOut

Joeliton, Fraser and Shelvey should be nowhere near our starting 11!