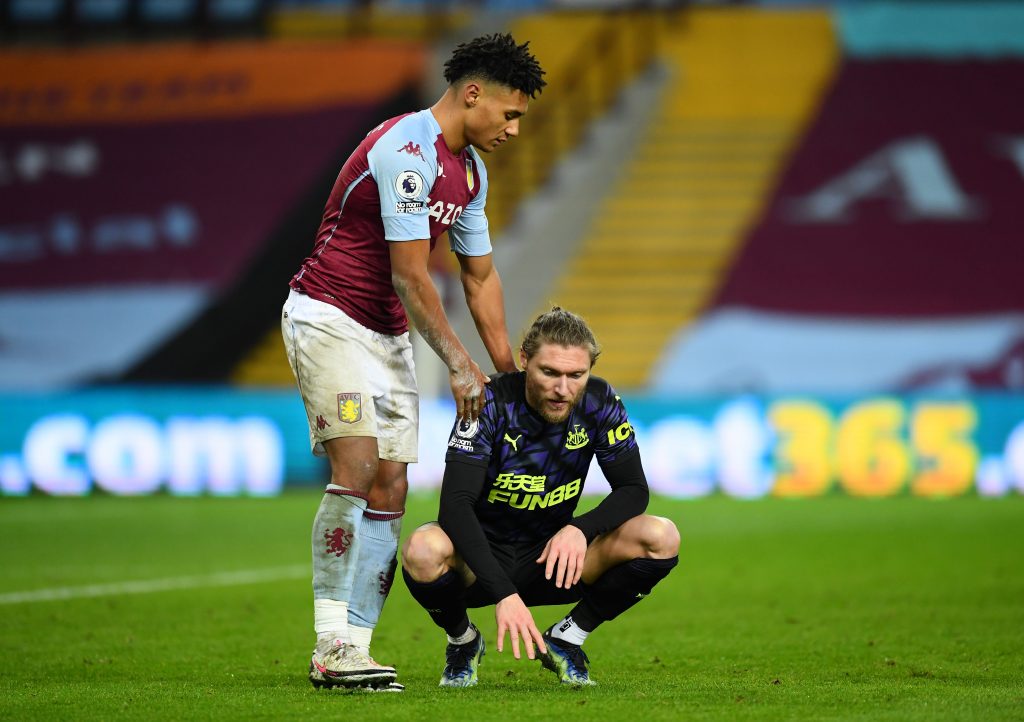 Newcastle United put in a disappointing display against Aston Villa in the Premier League last night.

Steve Bruce’s side were beaten 2-0 but the manner in which they lost the game will worry the fans.

The Magpies crashed to their fifth straight defeat in all competitions and the fans will be thoroughly disappointed with some of the performances against Villa.

The home side comfortably outplayed them, and most of the Newcastle players simply failed to show up.

Summer signing Jeff Hendrick produced an abysmal display for the away side. Some Newcastle fans heavily criticised the midfielder on social media after the game.

The former Burnley midfielder kept giving the ball away and he lacked the desire to work hard and press the opposition players. When Hendrick was signed, the fans expected a hard-working player who will contribute at both ends of the pitch.

Given his Premier League experience, he was expected to make an immediate impact as well. So far, he has been quite underwhelming.

Hendrick tried to play safe passes throughout the game and his game lacked adventure.

The 28-year-old Irish international lacked composure and bravery on the ball and his anonymous performance meant that Newcastle never really controlled the midfield throughout the game.

Here is what Newcastle fans had to say about his performance.

He should never be playing ever

He has just been out for a jog tonight. What a joke of a player.

I read a few tweets by Burnley and Derby fans saying that Hendrick would never be the one to stop pressing, to lay back. But since he’s been here, that’s all he’s done. What has changed, I wonder?

Has anyone figured out how he’s still a Premier League player? Can anyone name what he would be credited with bringing to a team?

Never seen such a bad player pull on the shirt! Ball is always like a hot potato and always backwards! And never presses or attempts a tackle