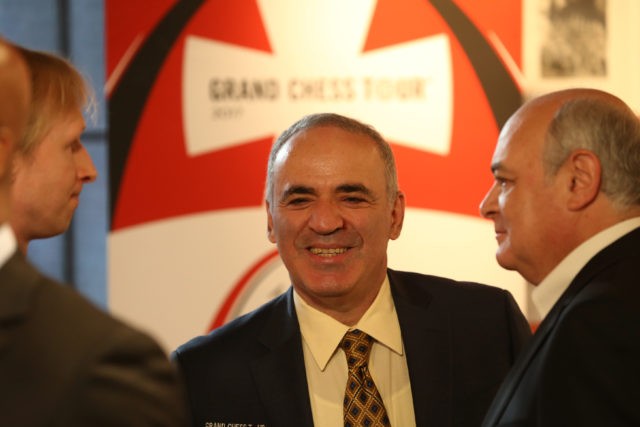 Chess grandmaster and chairman of Human rights foundation, Garry Kasparov, has written a letter to the Premier League CEO Richard Masters asking for Newcastle not to be sold to Saudi Arabia.

The potential Newcastle United owners – Amanda Staveley’s consortium — comprising her company PCP Capital Partners (10 per cent), the billionaire Reuben brothers (10 per cent) and the 80 per cent majority stakeholding of Saudi Arabia’s Public Investment Fund (PIF) – have submitted all their paperwork and it is pending approval from the Premier League.

According to reports from the Independent, the takeover is expected to be completed and formally announced by 1 May. The potential owners have already agreed to buy Newcastle from Mike Ashley for a fee of £300m.

However, they are facing objections from all corners, with issues relating to human rights and broadcasting being major causes for concern.

Kasparov has suggested that the takeover should not be handed over to brutal dictatorship. Many Newcastle fans have taken to social networking site Twitter to express their reaction. Here are some of the selected tweets:

Russia can murder man in Salisbury, nowt done, and like China have horrendous records but still can enter World Cup and Olympics etc. Why is it these objections, same as Wonga, are raised when it’s NUFC

This is coordinated on another level!

Qatar bribing journos and human rights people obviously because they hate the saudis. this is 100% political and that doesn't belong in football.

So what about all Mike Ashley has put us all through, all his employees that he will willing to risk by keeping sports direct open, keep politics out of football

The human rights issue is a very valid concern. But the same rules must apply for all UK businesses. Saudi are allowed to pump billions into our economy. There can't be a rule for one and not the others. It has to be across the board.

Where were all these letters when Sheffield United were bought last year??

Kasparov is one of the most hypocrites people in the human rights movement. He has no shame.

According to Rob Harris of the AP, Saudi Arabia’s sovereign wealth fund has declined to comment on the matter.

Meanwhile, Fair/Square media have expressed their opposition to the Newcastle takeover deal in a letter to the Premier League and their proposal of a private briefing with the FA on the issue puts further pressure on the Premier League over the takeover, after a similar letter from Amnesty International, and a complaint from Bein Sports over broadcasting rights were received.