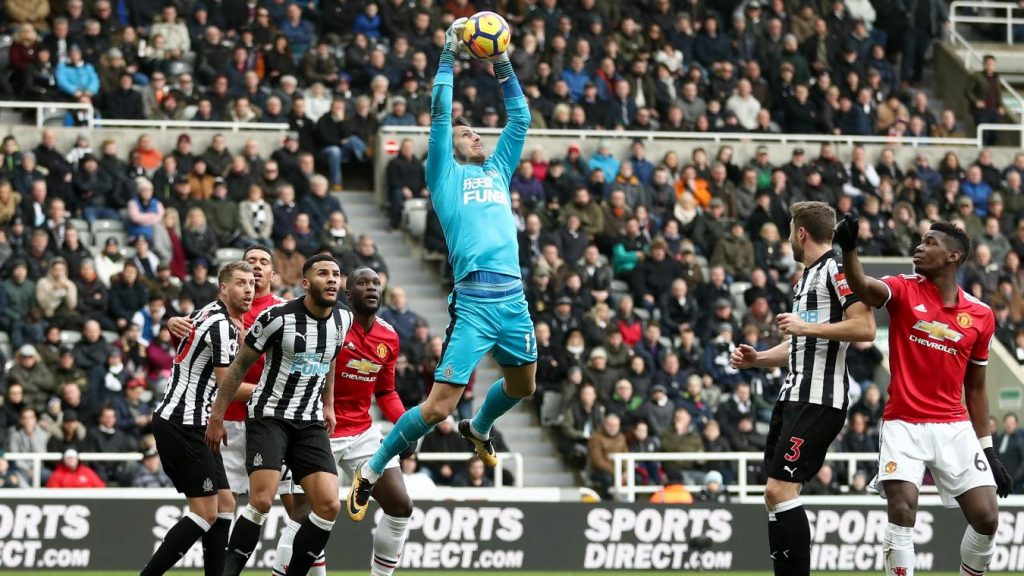 Newcastle crashed to a 2-0 defeat at home to Manchester United in the Premier League last night.

Goals from Romelu Lukaku and Marcus Rashford ensured a vital away win for the Red Devils.

The Magpies did well despite the score line and they could have had something from the game on another day.

Atsu came close for the home side but the uncharacteristic error from Dubravka allowed Manchester United to find a way into the Newcastle net.

The Newcastle shot stopper spilled Rashford’s freekick in the second half and Lukaku slotted it home.

Rafa Benitez’s side are going through a slump right now and the Spaniard will have to figure it out soon if they are to beat the drop.

Dubravka has been sensational for Newcastle ever since he joined them and there is no doubt that he will be desperate to bounce back immediately with another top performance.

Dubravka at fault. Looked like the only way they were going to score as well. #nufc

Dubravka makes his first mistake for us tonight. It happens.

As much as I love Dubravka he’s spilled a few of them tonight ?#NUFC

So disappointed. We’ve played well in this game and to go behind to a goal like that is annoying af! Won’t think less of Dubravka for it mind, a one off. #NUFC

Dubravka had a shocker today. But it is his first error sinds he joined, so if you blame him for today’s loss you’re a nonce. #nufc

Oh dear, Dubravka. Spills when he really should’ve gathered and Lukaku is on hand to prod home. Probably best we just let that one slide given how good he’s been this season. Shit happens.