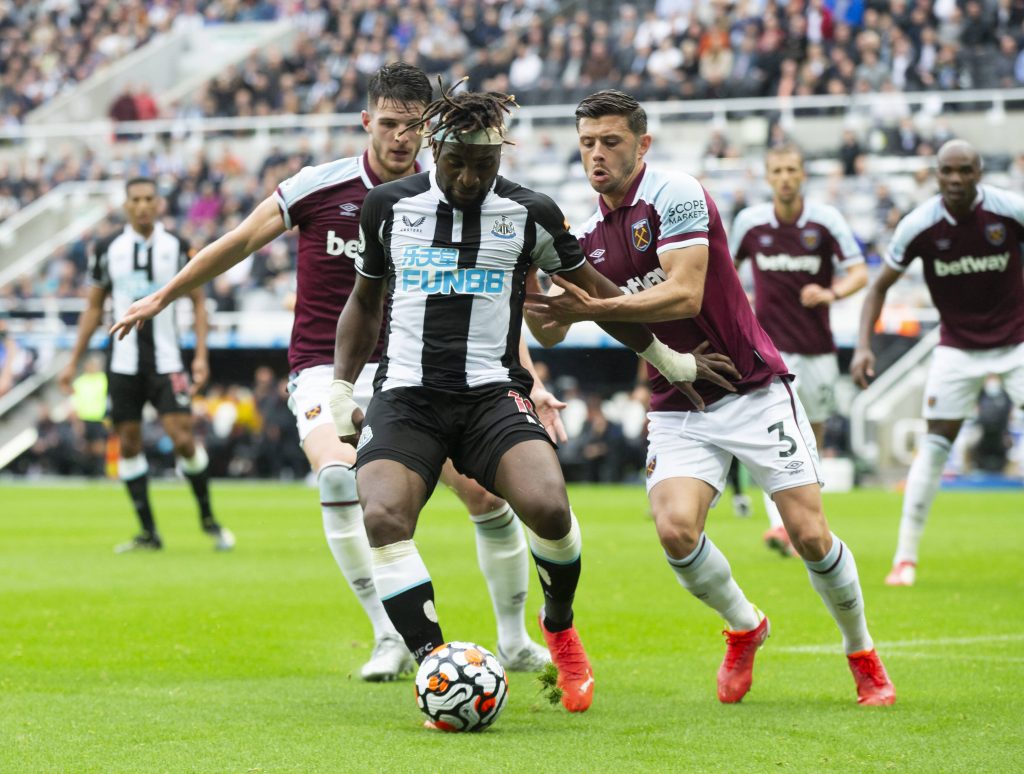 Newcastle United will be disappointed with their 4-2 defeat against West Ham United in the Premier League yesterday.

The Magpies started the game with an early goal from Callum Wilson, and despite conceding an equaliser they regained the lead through Jacob Murphy.

Newcastle were undoubtedly the better team in the first half and in control of the game.

However, their performance levels dipped considerably after the break and it would be fair to say that the Magpies threw the game away.

Steve Bruce’s side looked vulnerable at the back during the second half, and West Ham punished them multiple times on the counter-attack.

The only positive from Newcastle’s performance yesterday was Allan Saint-Maximin’s display.

Allan Saint-Maximin in the first half for Newcastle vs. West Ham:

Causing the Hammers all sorts of problems. 🏃‍♂️ pic.twitter.com/WfNMmrWd4S

The 24-year-old winger has been a key player for the club since his move to the Premier League.

The Frenchman was outstanding in the first half, playing a key role in the two goals Newcastle scored against the Hammers.

He was the only player on the pitch who tried to make things happen for Newcastle in the final third.

There is no doubt that Newcastle will need the 26-year-old in top form this season if they are to break into the top half.

Every time Saint-Maximin gets on the ball he makes something happen. 👏 #NUFC pic.twitter.com/K9bhyjqaG7

You were brilliant mate that assist was beautiful. Keep working hard and results will follow.

Outstanding again, you are simply a joy to watch ⚽️ . On to next week!

Saint-Maximin doing all the hard work again with no support…

Read: Newcastle linked with a move for 23-year-old winger.