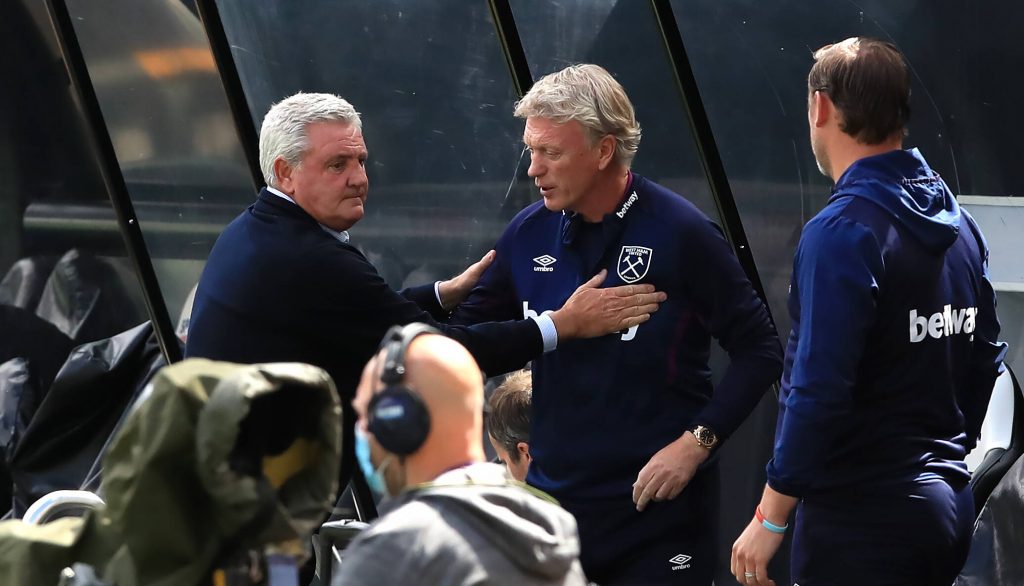 Newcastle United boss Steve Bruce has named West Ham United counterpart David Moyes as his Premier League manager of the year ahead of their clash this weekend.

Bruce has battled relegation for most of this season, with Newcastle floating just above the bottom three in recent weeks.

The 2-1 win against Burnley went a long way to confirming Newcastle’s safety for next season, but he faces a West Ham side with aspirations of Champions League football this weekend.

Under the management of the former Everton and Manchester United boss, the Hammers have had a sensational campaign.

Currently above both Chelsea and Liverpool in the Premier League table, West Ham have a realistic chance of securing a top-four spot.

Now, ahead of West Ham’s meeting with Newcastle this weekend, Bruce has named Moyes as his manager of the year.

“For me, Moyesy is already the manager of the year no matter what happens,” Bruce explained, as quoted by the Daily Mail.

“To keep them there or thereabouts in the top four and vying for Champions League places with six, seven games to go is a wonderful achievement by them all.

“They’ve had a great season, so it’s a big, difficult game ahead, of course.”

SL View – Will Moyes win manager of the year?

Moyes deserves immense praise for his management this season.

His shrewd transfer business when signing Jesse Lingard on loan was a stroke of genius, with the Englishman scoring eight goals and assisting four more in nine games.

In addition to Lingard’s form, the whole West Ham team has impressed under Moyes with excellent results against the likes of Tottenham Hotspur and Leicester City.

However, the next few weeks could make or break a historic season for the Hammers.

Following the clash with Newcastle, West Ham will face off against top-four rivals Chelsea before meeting European hopefuls Everton a couple of weeks later.

If Moyes can mastermind positive results against both teams, they will be odds-on to secure Champions League football for next season.