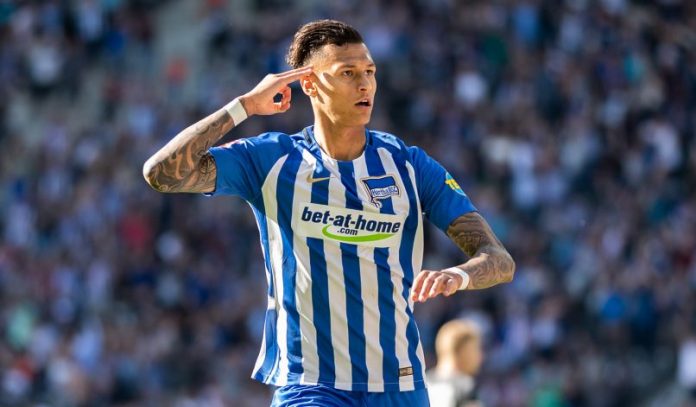 Aston Villa are in talks to sign the Hertha BSC striker Davie Selke this month.

As per Bild (translated by Sportwitness), the likes of Brighton, Watford, Bournemouth and Newcastle are also in discussions to sign the player before the window closes.

It will be interesting to see where Selke ends up.

Aston Villa could definitely do with a striker before the window closes and Selke would be a handy option for Dean Smith’s side.

Wesley has been ruled out for the season and Selke would be his natural replacement. Having said that, he will have to fight with Mbwana Samatta for a regular starting berth.

The German striker has fallen out of favour at Hertha and he is keen on a January move as well. He knows that he will get to play more often at another club.

The 25-year-old needs a fresh start. He has failed to score a single goal this season. A move to Villa or Newcastle would allow him to regain his confidence and sharpness.

Newcastle’s summer signing Joelinton has not delivered on the pitch so far and they could use a goalscorer in their starting lineup as well.

Talent is in there but all depends on price, I reckon he ends up at Brighton.

Unreal this guy, always been a big fan pic.twitter.com/Ck6CuGhpTO

Selke has been hyped up a lot through the years but hasn’t really delivered.

Oiiiiii get it done boys

He’s a quality striker, would fit well – but the Bild ist the least serious newspaper in Germany. Don’t take it too seriously.