Last season, Liverpool’s defence was not as tight as Brendan Rodgers would have liked. Halfway through the season, Martin Skrtel was dropped from the starting XI due to a dip in form and replaced by veteran Jamie Carragher, who has since retired. Sebastian Coates has not developed as quickly as Liverpool would have liked. Keeper, Pepe Reina has also had a recent decline in his performance levels, the fan favourite has not been at his best and went on a season-long loan to Napoli early in the summer.

These factors combined have left Brendan Rodgers’ squad very light at the back. It was obvious that reinforcements were needed. During the summer transfer window the Liverpool boss has brought in new defenders. Kolo Toure has come in as a replacement for Jamie Carragher, his experience is very important to this side and he is also an extremely good player, as we have seen in the first few games of the season.

Aly Cissokho has been brought in on loan as cover at left-back and to provide competition for Jose Enrique. Simon Mignolet has been signed from Sunderland to play in goal, so far he has impressed and is already adored by the fans. On the final day of the transfer window, Liverpool have also signed; Mamadou Sakho and Tiago Ilori, centre backs who have been closely linked with moves to the Merseyside club all summer. 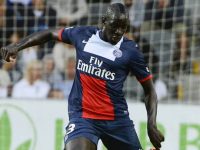 Sakho comes from PSG for a fee of around 15 million pounds, with possible add-ons. He is a very strong defender, good in the air and tackling on the ground. He works tirelessly at the back and is a good leader. It is thought that he may be Daniel Agger’s centre-back partner. At the age of 23 he is a full French international and is tipped to be a future national team captain. Tiago Ilori comes from Sporting CP for a fee believed to be around 8 million pounds. At the age of 20, he is a player for the future, but is already a very good, established player. He played 20 games at senior club level last season and also plays in the Portugual Under-20 side.

With the new additions, this could be a very good defensive line this season and going into the future. It is youthful and there is plenty of competition for places. Simon Mignolet will be the no.1 keeper, while Agger will lead the defensive line, Johnson and Enrique will control the flanks. But the final position is the interesting one, Toure, Sakho and Skrtel will fight for the final place with Ilori also hoping for a look-in.