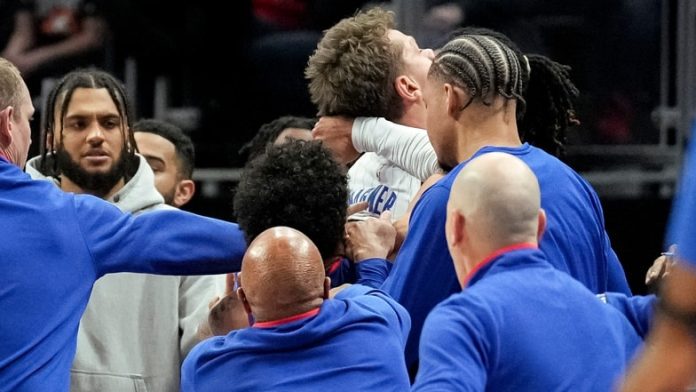 Both players were competing for a loose ball late in the second quarter, when Wagner shoved Hayes into the Pistons bench, and the youngster Hayes soon retaliated, punching the Magic forward in the back of the head, while he was being challenged by the Detroit bench.

Wagner appeared to lose consciousness following the strike, and fell forward into the Pistons bench, as players from both teams got involved, eventually getting separated.

Both players were ejected after the incident, while Pistons guard Hamidou Diallo was also ejected after shoving Wagner during the altercation.

The incident has sparked much debate and reaction across NBA Twitter, with many suggesting Hayes may see a lengthly ban.

NBA officials will certainly be taking a good look at the incident, to decide what’s next for both players following the heated altercation.

Technical foul and ejections for Killian Hayes and Hamidou Diallo.

The NBA will definitely review the tape and we're going to end up with suspensions for more guys after this.

A punch to the back of the head is a fairly serious thing to do, something that is forbidden in most combat sports.

People saying 5 game max don't understand just HOW dangerous a punch to the back of the head can be!

The Pistons went on to win the game 121-101, in only their ninth win of the season, however the scoreline will more than likely be the least talked about thing following the controversy filled game. 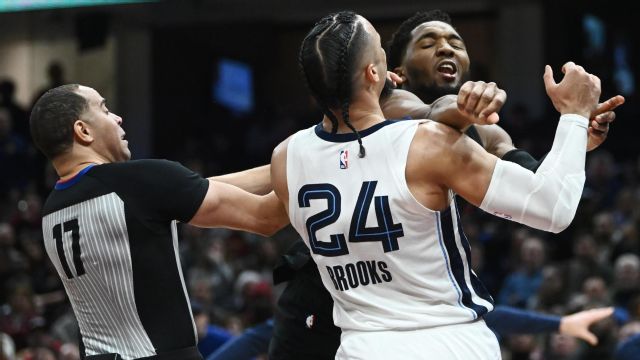