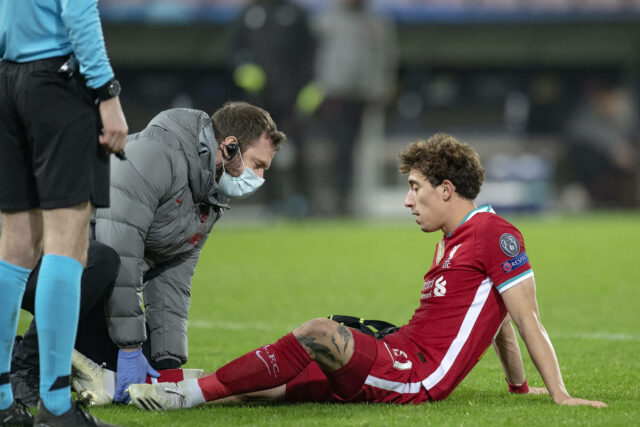 Serie A giants Napoli are reportedly interested in signing Liverpool left-back Kostas Tsimikas in the summer.

The 24-year-old joined Liverpool last summer from Olympiakos for a reported £11.8 million fee.

The Greece international has struggled badly in his first season at the club, managing just one substitute appearance in the Premier League and clocking five minutes of action.

It is fair to say that things haven’t gone according to plan for him, although he missed several games through injury and coronavirus.

Although he has made four appearances in the Champions League, his Liverpool career hasn’t taken off yet.

According to reports from Il Napoli Online, Napoli are likely to revive their interest in the defender, and they feel they could tempt him with a regular game time offer.

The Naples club want to sign a left-back, and they have earmarked Tsimikas as a potential option.

Tsimikas hasn’t done enough whenever he has got an opportunity. Jurgen Klopp has not seen much evidence that he can be a reliable back-up option, and he hasn’t adapted to Liverpool’s style of play.

While a fresh move could be tempting for him after a nightmare campaign, he may well look to stay, fight for his place and prove a point to his manager.

In other news, Liverpool are preparing to offer Fabinho a new contract extension.