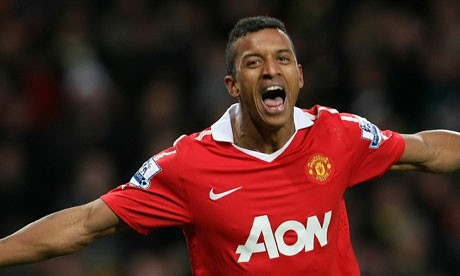 This summer Manchester United winger Nani has returned back to his old club Sporting on a season long loan as a part of the deal that saw Marcos Rojo joining the Old Trafford club for a handsome fee.

Nani joined United in 2007 and has won four Premier League titles with the Old Trafford club. He has scored 40 goals for United in seven seasons but somehow he has never been able to fulfil his true potential. 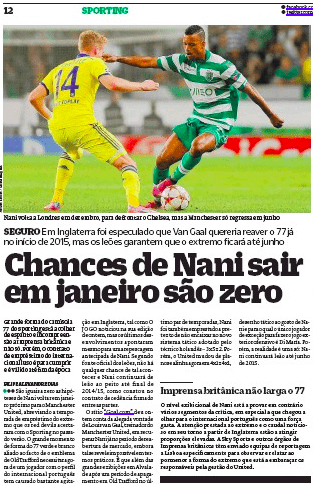 The last two seasons were miserable for the Portuguese winger, with lack of form and injuries had restricted his appearances to 22 league games only. And this campaign, Louis van Gaal didn’t even hesitate to send him out on loan at the first opportunity.

His future at Old Trafford came under big scrutiny and there is a general feeling that United could sell him permanently to Sporting or to some other club.

However, on returning back to his old club, where he is cared, respected and loved, Nani has recaptured his old form again. This sudden burst of his impressive form has given Louis van Gaal and United fans something to think about.

Goal.com published an article yesterday where they claimed United are actively looking to bring back Nani at Old Trafford in the January transfer window. Duncan Castles in his Exclusive transfer scoop wrote yesterday:

“Manchester United have taken the extraordinary step of inquiring about Nani’s interest in returning to Old Trafford in January – just 12 weeks after they allowed him to join Sporting on an expensive season-long loan.”

Portugal newspaper O Jogo gave their opinion on the report and feel that practically there is no chance what-so-ever of Nani returning back to his parent club in January. The winger has joined on a season long loan and under the given contract there is no provision that United can recall him anytime they want.