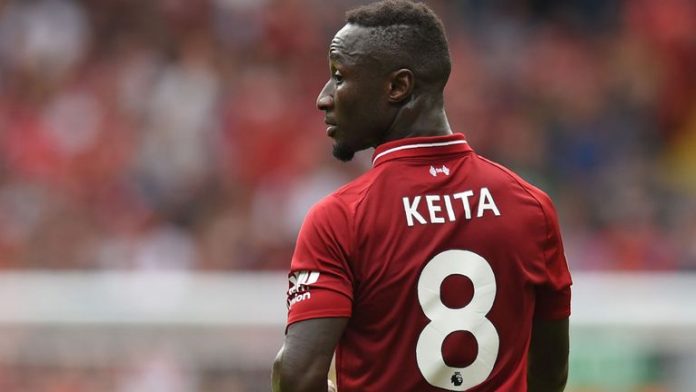 There’s been plenty of talk about Liverpool being genuine contenders for the Premier League title this season and their opening day victory over West ham United did little to quell the noise.

A huge summer outlay on players has addressed most of the issues in Jurgen Klopp’s squad, but one signing in particular could be the key to the club’s success this term.

Liverpool fans had to wait a year for Naby Keita to complete his move from RB Leipzig, but the midfielder has already made a huge impression.

Many people were under the misconception that the 23-year-old was a defensive-minded player, but he has far more to his game than that.

Keita is an excellent all-round footballer and his ability to break forward from central areas will cause teams lots of problems this season.

His journey to European football is one that has become a well-worn path for many talented African players.

He headed to France aged just 16 for trials with the likes of Lorient and Le Mans, before signing a deal with Ligue 2 outfit Istres.

Keita was unable to prevent Istres dropping into the third tier in France, but his performances caught the eye of former Liverpool manager Gerard Houllier.

Working as head of global football for Red Bull, the Frenchman advised the company’s Salzburg club make a move.

The midfielder was a resounding success in Austria, helping the club win the league and cup double in consecutive years.

A move to the Bundesliga with RB Leipzig followed, and eight goals in 31 appearances convinced Klopp that Keita was the man to take his midfield to the next level.

Liverpool were unable to complete a deal last summer, but secured an agreement that would see him make the switch to Anfield for over £50 million a year later.

His performances during pre-season and against West Ham showed why Klopp was happy to wait so long to secure Keita’s services and that patience could well be rewarded this season.