Since beating Manchester United at Old Trafford, West Bromwich Albion have only picked up one win in nine games, slipping to 15th in the process, two points above the relegation zone. Fans are beginning to worry whether their side will be dragged into another relegation dog fight after so many in the past, but how much danger are The Baggies really in? 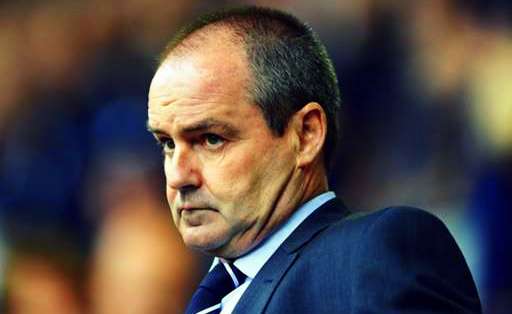 Since manager Steve Clarke won the manager of the month award last November, West Brom have gone on to win just 9 Premier League games, so the slump has been going on for a while. The emergence of new faces have so far failed to work, something which was proven against Norwich.

Albion created 27 chances against the Canaries, but failed to score a single goal. Romelu Lukaku, the goal machine from last season has moved as has West Brom’s all-time Premier League scorer Peter Odemwingie.  No one at the club has replaced the goals, despite the club possessing striking talents such as Nicholas Anelka and Shane Long.

Elsewhere in the league, Crystal Palace and Fulham have replaced their managers and started to pick up their form. Palace have the experience with Tony Pulis, who managed to keep Stoke City in the top flight for over 6 years. His know how will be vital as he looks to get the best out of his players and their results should start to pick up in weeks to come.

René Meulensteen replaced former West Brom captain Martin Jol has Fulham and his side picked up a vital win at home to Aston Villa. The experience he picked up under Sir Alex Ferguson will rub off onto his team, and his knowledge of the league and players will make The Cottagers a difficult side to beat.

Relegation candidates Hull already have points on the board, earning plaudits for some impressive performances, especially against Liverpool. Cardiff have spent a lot of money to try and sustain themselves in the Premier League and will do again in January if needed, something I cannot see The Baggies board doing if they are still struggling. Like West Brom, West Ham are struggling to score, but they will be welcoming back England striker Andy Carroll to the side after injury, so that should help them.

Up next for Albion promoted sides Cardiff and Hull. It will be vital to pick at least four points to help ease the pressure, but also give the squad a bit of confidence.

Impact players such as Stephane Sessegnon and Morgan Amalfitano play on confidence, something which they don’t have at the moment. Away at Old Trafford the players ran the show, showing off their skill and ability to pick up the three points. If Albion are to return to winning ways these players need to be on top of their game.

West Brom’s season will be determined by the next two games. Anything less than four points and the pressure will intensify followed by another relegation scrap.