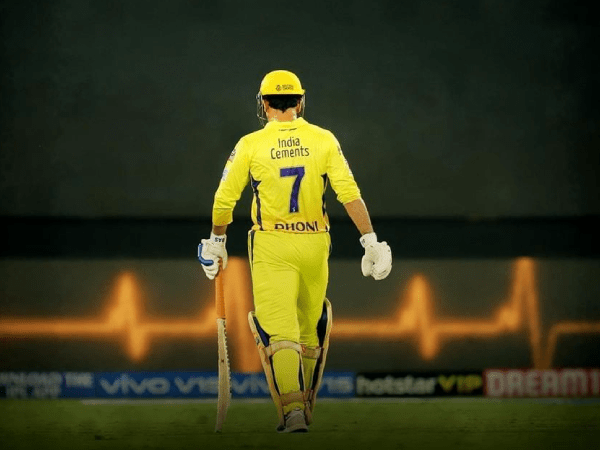 Indian wicketkeeper-batsman Mahendra Singh Dhoni has shocked cricketing fans across the globe with a massive decision just two days before the Indian Premier League kicks off.

The 40-year-old announced that he is stepping down from the captaincy role and Ravindra Jadeja will now captain Chennai Super Kings for the upcoming season of the Indian Premier League.

Apparently, the CSK captain announced his decision earlier today during a team meeting. CSK CEO Kasi Viswanathan has revealed that the decision is hardly a surprise for him because he had already spoken to MS Dhoni regarding the same in the past.

The CSK chief also backed Indian all-rounder Ravindra Jadeja to succeed as the new captain of the side and all eyes will be on the 33-year-old as he aims to guide the franchise to glory in the Indian Premier League this season.

“MS Dhoni was thinking about it. He felt it is the right time to hand over the captaincy to Jaddu [Jadeja]. He feels Jaddu is also in the prime form of his career and it is the ideal time for him to lead CSK. What will be good for the franchise must be [in the] back of his mind,” Viswanathan was quoted as saying.

“He [Jadeja] has been talked to earlier. Even last year there was a proposal. We knew he would be the best person to succeed MS. It is similar to when he handed Virat the captaincy after having groomed him for a few years at the international level. Similarly, he wanted the transition to be smooth,” Viswanathan said.

“Jaddu has the potential to do well for the franchise. He is a good all-round cricketer, playing his best, he can get the team around. And MS’ guidance will always be there. This will be a good induction program,” he added (via News18).

Dhoni is undoubtedly the most successful captain in the Indian Premier League and he is the only player to have led a side in over 200 matches in the tournament.

Meanwhile, former Indian international Suresh Raina has reacted to the news on social media and he tweeted that Jadeja is more than capable of leading the franchise and this is an exciting phase for Chennai Super Kings.

Absolutely thrilled for my brother. I can't think of anyone better to take over the reins of a franchise we both had grown up in. All the best @imjadeja . It's an exciting phase and I'm sure you will live up to all the expectations and love #yellow #csk #WhistlePodu

Jadeja has been a matchwinner for India and Chennai for a while now and it remains to be seen how he handles the pressure of captaincy.