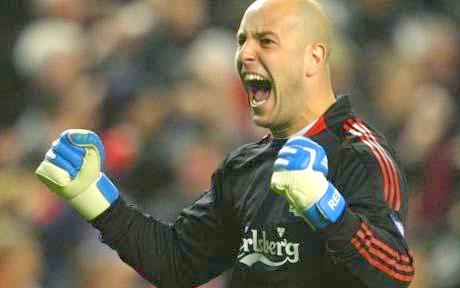 Reds manager Brendan Rodgers claimed recently that Reina, who is currently plying his trade with Napoli on a season-long-loan has no future at the club. Reports in Italy suggests that Moyes is looking to find an able deputy of Spaniard David de Gea and has targeted Reina.

Popular and one of the most reliable journalist Gianluca di Marzio writes that Man Utd scouts were in Naples watch Reina in Napoli’s Europa League match with Swansea City on Thursday.

It could be highly possible that United scouts were observing Marek Hamsik, as Moyes needs a midfielder in summer, but Sky Italia is positive that scouts were there to cast an eye over Reina.

Liverpool will be looking to sell Reina once his loan move finishes but it seems highly unlikely they would sell any of their players to Manchester United. Further, would Reina be interested in moving (though if Michael Owen can do that, why not Reina?) to Old Trafford where he will be treated as a back up keeper?