Mourinho to sell Mata and Blind: 5 other Manchester United players who should follow 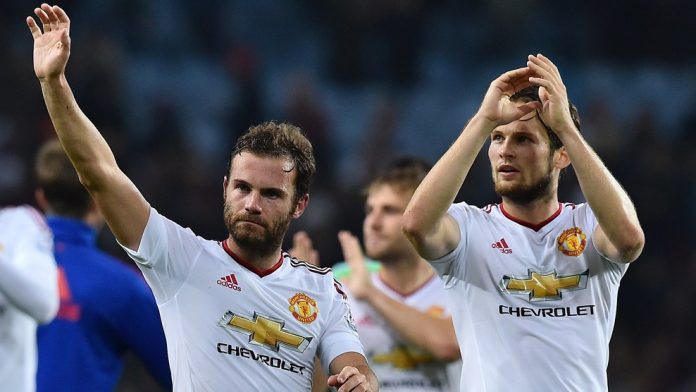 New Manchester United manager Jose Mourinho is ready to shape up his squad before the new season starts and there are reports that he is ready to sell some of his stars for the right price.

Sky Sports believe that Juan Mata and Daley Blind are expendable under Mourinho and the Portuguese is ready to sell them if an acceptable offer comes in. Mourinho is confident of replacing them in the transfer window. The report also mentions that Mourinho has already made a plan and has identified his targets.

Mourinho has already sold Mata once during his time at Chelsea and the Spaniard will be gutted if it happens again.

Mata was Chelsea’s best player for a couple of seasons before Mourinho got rid of him. The Spaniard has not been the same player since. He has struggled at Manchester United and his sale should not come as a shock to the fans.

However, selling Blind will be a bit strange considering how useful he is. The Dutchman did well as a centre back and can play as a left back and defensive midfielder as well. Although he lacks pace, Blind has shown that he has the ability to slot into a number of positions. Mourinho is unhappy with Mata’s workrate and pace as well.

Furthermore, his long range passing is one of the best in the league right now and he could be a very handy option when his side are chasing a game or looking to hold on to a lead.

Sky Sports are claiming that neither players are in Mourinho’s plans for next season and are likely to be moved on. The Portuguese manager prefers defenders who are tall and quick like Zouma and Varane.

A managerial change always brings these problems for some players, but there is no doubt that there are other players who deserve to go ahead of these two.

Marouane Fellaini, Young, Rojo, Jones, Romero are simply not good enough for a club like Manchester United and need to be sold ahead of players like Mata and Blind who have proven themselves at the top level and have the ability to make a difference in a tight game.

It will be interesting to see who else is on the chopping block for Jose, but if Mata and Blind are the only casualties then the special one has got it wrong once again.