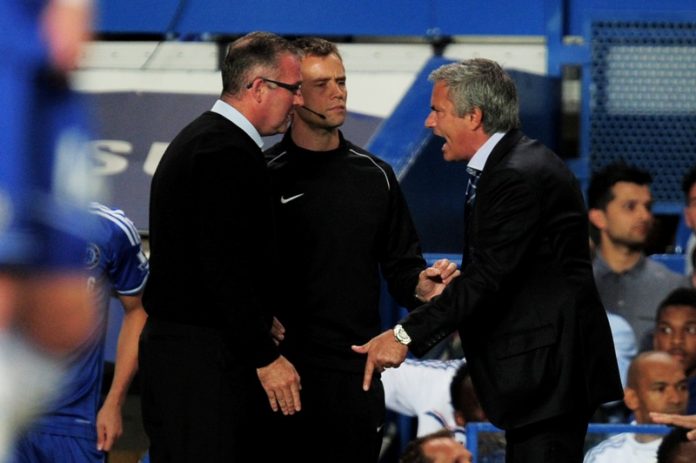 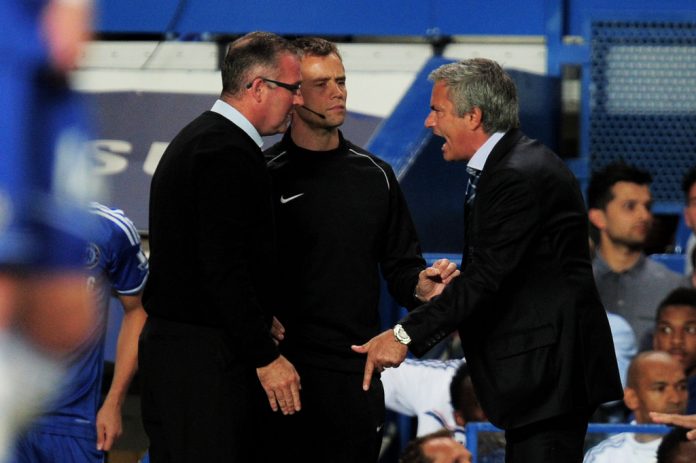 Mourinho’s return to Stanford Bridge has not been completely smooth sailing thus far.

It was May of 2010. Jose Mourinho stood cradled by the walls of the mighty Santiago Bernabeu after his side Inter Milan had stormed to victory in the UEFA Champions League against an outfought and outplayed Bayern Munich side. The victory capped off a remarkable season for Mourinho’s group of veterans as they had also recently secured the Italian Serie A and Coppa Italia to wrap up an historic treble. The side was at their peak but with the average age hovering ever closer to 30 most recognized that this may have been the end of their cycle. Indeed only a few days after taking the club to unimaginable success Mourinho announced his interest in another challenge had been piqued by the club whose ground they won their crowning achievement, Real Madrid. He left behind a squad fat with the tastings of successes enjoyed, well drilled in the art of counter punching and in need of some renewal to retain its freshness. The template was in place and required only small adjustments.

Following the emotional departure of the ‘Special One’ there was left the small task of finding another manager to take a team bound together by success but now wavering under weight of its creaking bones. The answer to this call came in the form of Kop idol and former Mourinho nemesis Rafa Benitez. The appointment bought some murmurs of discontent among sections of the supporters who had watch the glory of Liverpool FC ebb away under his watch, as he fumed and fought a battle for hearts and minds with the clubs owners. Despite earlier winning the Champions League with them his final seasons were marked by infighting, disputes and poor results on the field, as well as what seemed to be a general depletion in the quality of the playing squad. The fact that he had also had something of a fractious relationship with Mourinho also left many fans more than mildly concerned by his appointment.

The first signs of trouble came when Inter froze in the transfer market. Despite some significant offers coming in for some of the treble winning players, many of whom were over 30 and unlikely to replicate the form that had gotten them this far, the club decided to keep the team together for one more season. Players who had played some 60 games the previous season, then faced up to a World Cup straight afterwards returned to the club fatigued and seemingly lacking motivation after winning everything the previous season. With all this stress on the players bodies the injuries started to mount and the form dipped with the results. But player fatigue and injuries were not the only issue crippling the Nerazzurri under Benitez’s ultimately ill-fated reign. The manager had decided to throw away the modus operandi that have proven so successful under Mourinho and press ahead with the implementation of a possession based game, despite it appearing like sticking a ballerina into a rugby match when it came to the players individual strengths. The formerly imperious Champions League winners appeared lost as they plodded around the pitch trying to figure out where they were supposed to be, heads dropped and shoulders slumped, something unseen since the days before Mancini’s first title with the club began the cycle of success. The fans began to question Benitez, why had he changed tactics when those employed by Mourinho fit the squad perfectly, why did the players appear so unmotivated and why was there suddenly so many injuries? Benitez, as he has been known to do, fired back aggressively, criticizing the club for not backing him in the transfer market and demanding unconditional support from owner Massimo Moratti.

As time went by things only got worse as reports of dressing room disputes were leaked, players were not happy with their manager’s apparent aloofness, and his seeming determination to wipe away all memory of the previous year and the man who had led them to so much glory. It was as if the disputes between Benitez and Mourinho in the Premier League had been carried over to Inter when the new manager wanted to do everything in his power to distance himself from his predecessor. This only seemed to be confirmed when club stalwart Marco Materazzi later came out claiming that Benitez ordered pictures of the players celebrating previous success with Mourinho be stripped from lockers and walls. Whether this was because he wanted the players to focus on the future instead of the past, or to remove the shadow of Mourinho from his head or simply isn’t true is a matter of conjecture. The reign of Benitiz ended at the Italian champions on December 23rd, 2010 after winning only six of fifteen league games in charge, there were not many Nerazzurri fans who felt sad to see him go.

With this in mind it is interesting to see Mourinho follow Benitez into the roll of Chelsea manager. Obviously there are a number of major differences, perhaps the most obvious being the fact that Mourinho is hailed as a god at Stamford Bridge, while Benitiz was mistrusted from the start at Inter, but there also seems to be a number of startling similarities to the early days of the Spaniards ill-fated first Italian adventure. While Mourinho was greeted as returning hero at Chelsea the story has not, thus far, followed imagined script. Chelsea has looked disjointed, disconnected and somewhat sloppy in their first set of games. Chances have been at a premium and many players have appeared out of sorts. Perhaps most controversially the teams star player over the last two seasons, Juan Mata, was left out of the starting line up, and on occasion the squad, for most of the opening matches, in favor of talented youngster Oscar. The reason for all this has been Mourinho’s continued claim that he was overhauling the team style to be more fluent and attractive as he, and apparently the club, did not like its previous incarnation. Although seemingly an innocuous statement it is easy to believe that Mourinho is taking a dig at the style and culture his nemesis Benitez bought to the fore, despite it eventually reaping the reward of the Europa League and third place in the League.

In recent matches it appears that Mourinho has grudgingly accepted Mata offers the creative genius that his team has been missing of late, but the questions must be asked; Is Jose Mourinho compromising the success of Chelsea FC purely to ensure any success he has does not reflect back to Benitez, like Benitez almost certainly tried, unsuccessfully to do at Inter?  Is this personal feud interfering with the decision making of one of the world’s top managers? And finally is Mourinho big enough to put aside his attempts to distance himself from Benitez’s reign in order to ensure Chelsea enjoy a successful season?

With much of the season still to be played out there is still ample time to see if Mourinho will follow the route Benitez took at Internazionale and be left ruing ever setting foot back into the pocket of Roman Abramovich, or whether he will set aside his differences with Benitez and forge another successful rule at Stamford Bridge cementing his status among the Chelsea faithful as a club legend.