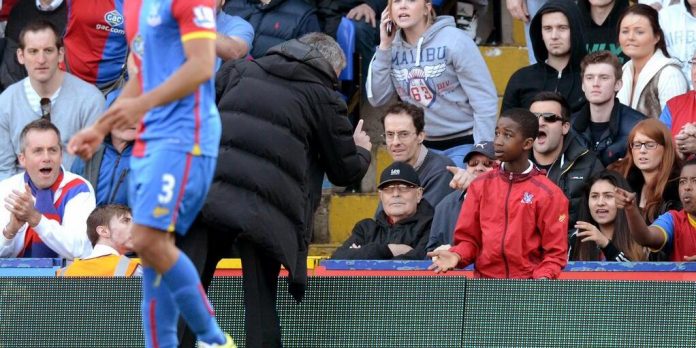 With the relegation-threatened club leading courtesy of John Terry’s own-goal, and the Blues pushing for the equaliser, Cesar Azpilicueta hurried to resume play, but was delayed by the Palace ball-boy pictured above, prompting Mourinho to furiously leap out of the dugout and confront the youngster.

“I don’t like the ball boys provoking the players,” he said after the match. “Because at the end of the day what happens is what happened last year at Swansea when a player loses a little bit his temper and after that the player is guilty of something that he is not guilty, so I think it’s not right to educate the kids to do that.”

“I went there to stop Azpilicueta because I know that Azpi is an emotional guy.

“I was afraid of Azpi… to push the kid or to create a situation so I went there just to stop my player, not anything else. And the kid knows because it was what I told him.”

The ill-advised incident evoked un-wanted memories of Eden Hazard’s infamous kick inflicted on time-wasting Swansea ball-boy last season as the Belgian hurried in vain to guide Chelsea into the Capital One Cup final.