Jose Mourinho has once again insisted that he would like Ashley Cole to stay at Chelsea beyond the end of the season, but admits that his future may lie away from Stamford Bridge.

Cole has found his first team opportunities severely limited this season, with Mourinho having chosen to utilise Cesar Azpilicueta at left-back for the majority of the season so far.

The 33-year-old has managed just two Premier League games this year, coming into the first XI both times due to an injury to Branislav Ivanovic.

A move to the MLS in the close season has been mooted for Cole, who cut a frustrated figure on the bench during Chelsea’s 1-0 win at Manchester City last Monday.

But Mourinho has reaffirmed his wish to keep Cole in West London. When asked if former Arsenal teammate Thierry Henry would try and persuade the England man into making the switch to the MLS, Mourinho replied (via the Telegraph),

“You have to ask Thierry Henry,”

“Maybe Thierry is doing with Red Bulls the same as David Beckham is doing in Miami. Maybe he’s buying Red Bulls. Yes, he has [got a future at Chelsea], but maybe Thierry has a better proposal.”

Asked if Cole would be happy to stay, Mourinho said: “That’s another part of the story that doesn’t depend on us. I cannot control. I like the player, I trust the player, I want him to stay. The club is happy with that.”

Signed back in 2006 during Mourinho’s first stint in charge at Chelsea, Ashley Cole has completely justified the time and effort his manager put into securing his signature. 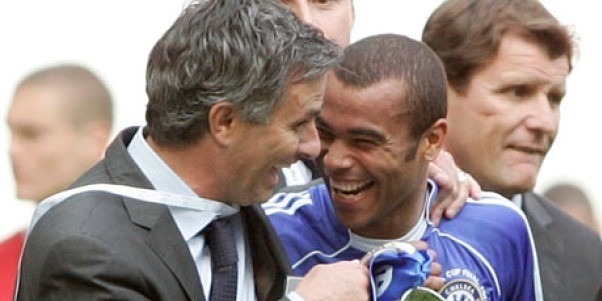 He has won as much as there is to win at the club, with a Premier League, a Champions League, a Europa Cup, and a number of FA Cup wins just some of his team accolades, while he has been consistently recognised as one of the best left-backs of his generation.

If he was to leave in the summer, he would be the second of Chelsea’s ‘old guard’ to leave the Bridge, with Didier Drogba departing back in 2012.

What do you think? Should Ashley Cole go to America? Let me know in the comments below…