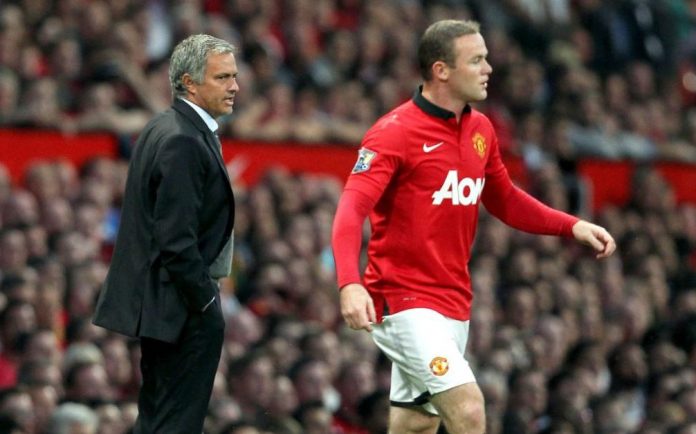 Everton and Man United, the only two clubs Rooney has played for in his club career, will go head-to-head to celebrate the Englishman’s 12 years at Old Trafford since his £27 million move from the Merseyside club back in 2004.

The testimonial match, which will be played on August 3, will mark the start of a year of fundraising events by the Red Devils and England skipper’s foundation which is aiming to raise £5 million for disadvantaged and vulnerable children.

Mourinho heaped praise of the former Everton man by claiming: “Wayne is and has been England’s best player for over a decade.”
“This game will be a fitting tribute to everything he has achieved. I’m looking forward to what will be a very special night for us both.”

The Portuguese coach is a long-time admirer of Rooney and even tried to sign him in 2013 for Chelsea after the striker’s relationship with Sir Alex Ferguson deteriorated in the final season of the legendary manager.

Meanwhile Rooney, who will head into Mourinho’s first season at Old Trafford hoping to score at least five goals to break Sir Bobby Charlton’s long-running goalscoring record of 249 for the club, has ended all sorts of speculation of him joining another Premier League club in the later phase of his career.

“For me, there could not be a more special testimonial match. Manchester United and Everton are the only clubs I have played for as a professional footballer,” Rooney said. “I am happy to say now that, whatever may happen in the future, I will never play for another Premier League club.”

Rooney branded the incoming Man United boss as ‘one of the best managers in the world’ last month and is poised to be awarded a key role in the start of a new era at Old Trafford under Jose Mourinho.