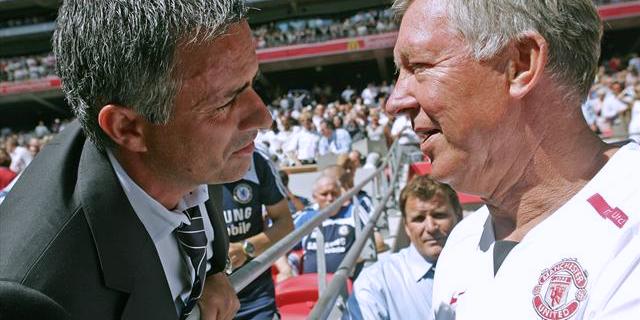 Eladio Paramés, the advisor José Mourinho, has denied the claims presented as FACTS by Spanish jounralist Diego Torres, author of “Prepare to lose”, where he wrote Mourinho broke down into tears after hearing the news that Sir Alex Ferguson has chosen David Moyes for the Manchester United managerial job.

According to Torres, Mourinho felt cheated by Sir Alex Ferguson, who he considers to be one of his close friends. He cited this as the central reason for why Mourinho distanced himself from Real Madrid players which ultimately cost his job in Spain.

The Portuguese was in the hope that Ferguson would consider him for the job, but he’d been taken for a fool. Mourinho camp quickly contacted Portuguese newspaper Record and got them to run a story saying that he’d never wanted the job anyway because of family reasons, despite Ferguson personally offering it to him a five-year-contract.

(Sport Witness has covered the story in details, read here)

Mourinho himself said that he has had contacts with Ferguson but he knew he would be joining Chelsea. Torres however contradicts this theory saying Chelsea was the only job left for him to take and that he was heart-broken for not getting the Manchester United job.

However, Parames has denied all such claims as quoted in Portuguese Newspaper O jogo:

“The Story has no meaning. It is completely false. The Gentleman has invented the story linking Mourinho and Real Madrid. This is all a big lie. He has always been an inventor of stories and continues to be, this is one of the many from him.”