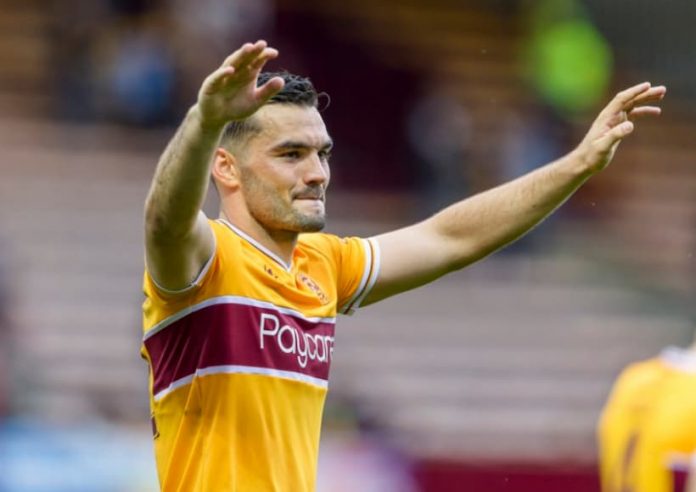 With both teams battling to stay relevant in the race for European places at the end of the season, fans should be in for a treat of a game.

So, for information on Motherwell vs Hibernian live streams, a full preview, the latest team news, and a free bet, read on:

If you’re looking to live stream the Scottish Premiership clash between Motherwell & Hibernian tonight, then bet365 is a great option.

Just sign up at bet365 to watch Motherwell vs Hibernian live stream, as well countless other fixtures from across the football world.

Motherwell defeated Greenock Morton in the cup at the weekend thanks to a late goal from Liam Donnelly.

Prior to that, however, Motherwell lost, 3-1, to Ross County in the league. Manager, Graham Alexander, was bitterly disappointed with the manner of the defeat in post-match interviews, lambasting his defense which has now conceded 30 goals in the SPL already this season.

Like Motherwell, Hibernian made it through to the 5th-Round of the Scottish Cup last weekend at lowly Cove Rovers expense. Kevin Nisbet scored the only goal of a drab game vs deep in extra time.

In the league, Hibernian lost to first-placed Celtic last time out but, prior to that, had gone four successive games unbeaten, inching their way back up towards tonight’s opponent, Motherwell, in the table.

But, it should be noted, these teams battled out a closely-fought 1-1 draw last time out. So, expect a close one.

There is also a host of Motherwell vs Hibernian betting offers available for this game, click here to find out more.

When does Motherwell vs Hibernian kick-off?

The Scottish Premiership game between Motherwell & Hibernian kicks off at 19:45 BST on January 26 at Fir Park

Van Veen is likely to return to the starting lineup for Motherwell. But, other than that, most pundits are expecting a similar lineup to that which started the defeat vs Celtic in the last league encounter.

Having returned to training after an age out with a groin injury, Kyle Magennis is pushing for a starting berth for Hibs tonight.

However, fans will have to continue to wait for new signing, Harry Clarke’s debut. Clarke is again sidelined with a hamstring injury