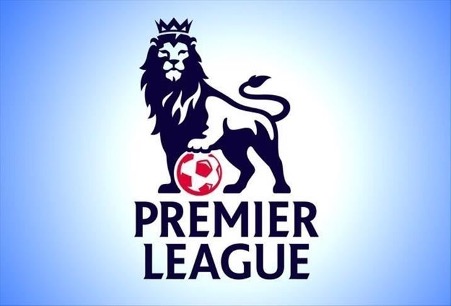 As we just waved goodbye to the 2020/21 Premier League season, it is worth casting our eye over the most improved sides compared to 2019/20.

The usual suspects have continued to deliver, with the same four clinching Champions League football last season, albeit in a slightly different order.

Manchester City managed to upset the Premier League odds and dethrone the 2019/20 champions Liverpool, who fought their way into the top-four on the final day of the season to join Manchester United and Chelsea in next year’s Champions League group stage.

But let’s forget about the big guns for a moment and take a look at mid-table sides that enjoyed a notable upturn in form this season.

Aston Villa extended their Premier League status on the final weekend of the 2019/20 season after earning the top-flight promotion a year before.

Dean Smith’s men had lost 55.26% of their league fixtures after joining the top division, conceding an average of 1.76 goals per match while averaging just 1.07 themselves.

Villa proved to be quick learners. Smith became aware that his side needed reinforcements to avoid another scary season and acted accordingly in the last summer transfer window.

Villa did a fantastic job last summer. They secured the signatures of Emi Martinez, Matty Cash, Bertrand Traore, Morgan Sanson and Ollie Watkins ahead of the 2020/21 campaign.

Martinez turned from a barely-used substitute at Arsenal into one of the finest goalkeepers in the Premier League, while Cash nailed down the right-back position as his own.

Watkins, who joined Villa for a club-record £28 million fee, has soaked up the limelight as the Villa Park headline performer, overshadowing always-present Jack Grealish.

The English striker scored 14 times in the Premier League this season and was instrumental to Villa’s half-table finish.

After winning just 35 points in their first top-flight campaign upon returning from the Championship, the Lions amassed 55 this time around.

Smith’s players have improved on all aspects of the game, as witnessed by the fact that they netted 55 goals compared to 41 back in 2019/20.

At the other end of the pitch, the 50-year-old manager saw his team concede 46 times compared to a staggering 67 during the previous campaign.

West Ham barely avoided relegation from the Premier League in 2019/20, with the club hierarchy trying to render the season null and void amid the coronavirus pandemic scare.

The Hammers had a rough patch last season, spending most of the campaign trying to keep their heads above water.

They finished five points clear of 18th-placed Bournemouth to ensure another season in the top flight.

After having kept his team in the Premier League, David Moyes has turned a struggling side into a genuine top-four contender in a matter of months.

The Londoners picked themselves up from a mid-table lethargy to climb above the likes of Arsenal and Tottenham.

West Ham completed the 2019/20 campaign with only 39 points to their name, while they finished sixth this term, accruing 62.

Most of the credit for such a notable improvement should be pinned on a rock-solid backline.

The same defensive line that conceded 62 goals in 2019/20 let in only 47 this season, with only four sides outside the top-four shipping fewer goals than West Ham this year.

Moyes’ decision to give Manchester United scapegoat Jesse Lingard a chance to reignite his career on a six-month loan did a 180-degree turn on the Irons’ season.

The Englishman notched nine goals and five assists in the second half of the campaign to propel his side to sixth place.