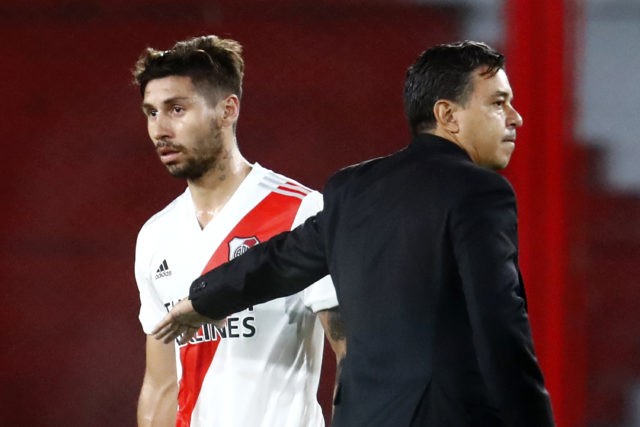 Argentine club River Plate are demanding a fee of around €12-13 million, roughly £11.5million, for defender Gonzalo Montiel who is being reportedly targeted by West Ham United this month.

Montiel has dazzled for River Plate this season and he has been attracting interest from a host of top European clubs. At the same time, the offers that are coming in for him are ‘not fair’, claims TYC Sports.

The 24-year-old has been one of River’s best players, but he is keen to move on and test himself at top leagues in Europe.

Earlier this month, El Intransigente claimed that West Ham, Lyon, Roma and Bologna have all made offers for Montiel. His contract is expiring in the summer, but the player wants to leave this month.

It seems there’s a real battle going on for Montiel. Roma have already submitted an offer in the region of £6m, which is well below River’s valuation of the player.

Montiel has made over 100 appearances for the Argentine club and has six international caps to his name as well.

West Ham can sign a pre-contract agreement with the defender, but it remains to be seen whether they intend to come up with an offer that meets the player’s valuation in the next few days.

Do the Hammers need a defender in January? West Ham badly need to sign a striker this month following the departure of Sebastien Haller to Ajax, but they could still move for Montiel as he would represent a bargain addition.