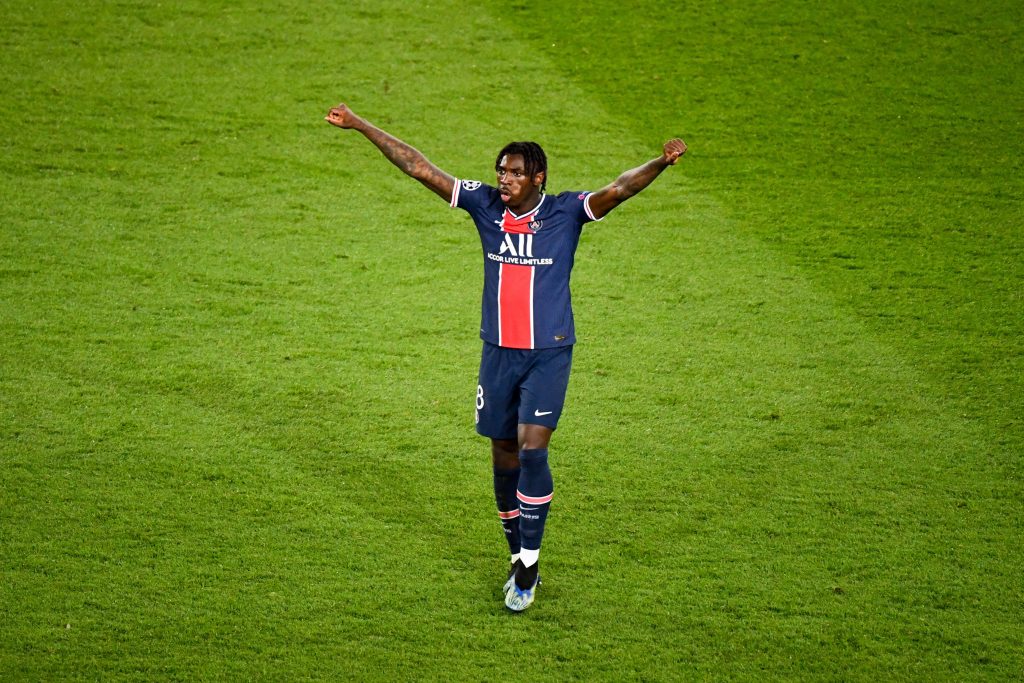 Everton striker Moise Kean has been in fine form since joining Paris Saint-Germain on a season-long last summer, and he is not short of suitors ahead of the summer transfer window.

The French giants are keen on signing him permanently after he bagged 16 goals in 32 games across all competitions since arriving, while Juventus are looking to bringing him back.

Kean joined Everton from the Serie A giants in the summer of 2019 on a five-year deal for an initial £25.1 million, but he struggled to make an impact.

The 21-year-old played 37 times for the Toffees, starting nine times and scoring four goals before his temporary exit at the beginning of 2020-21.

Kean’s form since then has attracted plenty of suitors, with Inter Milan also keen.

Everton manager Carlo Ancelotti insists that the Italy international striker will return to the club after the campaign ends before deciding on his future.

However, Kean’s brother Giovanni does not see the youngster playing for the Toffees again after a successful campaign with PSG.

“I think it’s difficult to imagine him returning to Everton, even if he has a contract with them,” Giovanni told Tuttosport.

“I can ensure he is very happy at PSG. Anything can happen in football. As a Juventus fan, I hope he returns to Juventus.

“He has no hard feelings against Juventus. He is on good terms with the club, and Juve are like a family to him. However, Moise is only focused on PSG and the Champions League now.”

The youngster was clearly not in Ancelotti’s plans for 2020-21, and leaving for PSG has been a great decision on the path of both parties.

Dominic Calvert-Lewin and Richarlison are the striking options available to the Italian manager at Everton, and the club are expected to cash in on Kean in the summer.