After failing to settle down at Chelsea, Mohamed Salah is making waves of his own with one stellar performance after another during his loan spell at Fiorentina.

The 22-year-old, affectionately known as the Egyptian Messi, was at the centre of unlocking several big money chain transfers, but it is his loan to the city of Florence that turned out to be the best deal of the January transfer window. 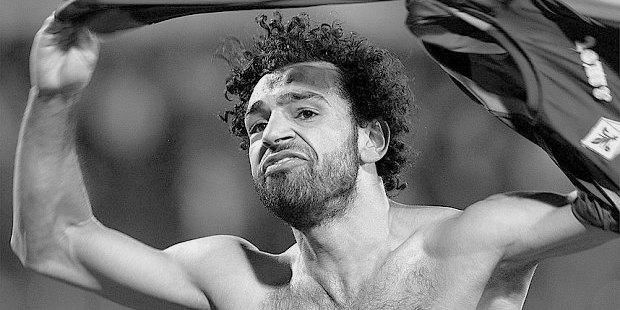 His move to Fiorentina on loan lead to Colombian wing back Juan Cuadrado moving the opposite direction, which further allowed Chelsea to cash in on Andre Schurrle, who joined Bundesliga outfit Wolfsburg.

Cuadrado has been involved in seven games for the Blues and has failed to score or register an assist, while Schurrle has also struggled to recapture his old form. Both their performances simply lie in the shadows of the Egyptian jet-heeled winger.

In 12 appearances for Fiorentina, he has scored seven times and provided four assists. But more than that he has lifted the atmosphere of the club and injected a new belief in the team. Since his debut in Fiorentina’s 3-2 victory over Atalanta, the Viola have lost only once, and have moved into fourth place, six points behind Lazio.

Their dream run includes three great victories away from home – 1-0 win over Inter Milan at San Siro, 2-1 win over Juventus in the Coppa Italia and 3-0 victory against Roma at the Olimpico. Salah has played a key role in all three games.

There are not many better players in the world around who are fast and equally skilful on the ball. Fiorentina coach Vincenzo Montella is highly impressed with his winger and believes only Lionel Messi is faster than him with the ball.

Salah is a terrific talent; completely wasted by Chelsea. It wasn’t easy for him to get regular games ahead of Hazard, Oscar and Willian, but had always impressed with his cameo roles.

Jose Mourinho recently praised the young winger and said kind words about his quick success in Italy, but that hardly lifts the question mark hanging over his long term future at Chelsea.

Frankly, how many players in recent years have gone on to play for the Blues after spending time elsewhere apart from Thibaut Courtois?

Romelu Lukaku came close. The Belgian striker was brilliant in his two loan spells for West Brom and Everton and yet there was no place for him at the Bridge. Salah may find a similar fate awaiting him as well.

His stock will continue to rise should he continue to perform consistently in the next few weeks. Fiorentina may look to sign him permanently while there are sure to be other European heavyweights interested as well.

“(Salah] is doing well with La Viola, let’s hope that continues because it is just what we wanted when we wanted to send him to Florence,” said Mourinho in a recent interview.

No matter how flattering the words, Mourinho will find hard to accommodate Salah in his star-studded squad next season. And after enjoying ample playing time in Italy, where he seems to have got his confidence back, it hardly makes sense to accept a place on the bench again.

Chelsea are often criticised for failing to show patience with young talent. Can they avoid making another mistake this time?