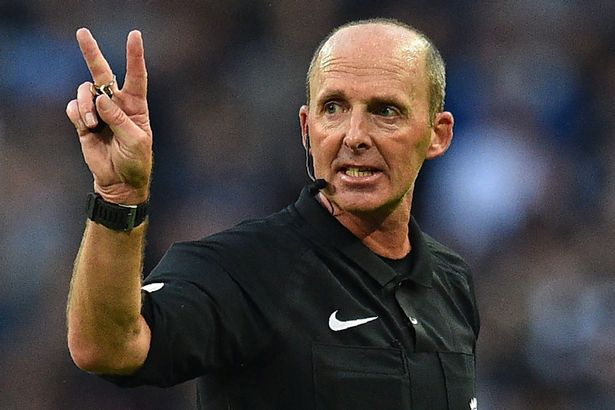 Arsenal and Tottenham go head to head in the North London Derby this weekend and Mike Dean has been confirmed as the referee of the game.

Arsenal fans have always been very critical of the 49-year-old and they will be quite worried about the decision.

The last time Arsenal beat Tottenham in the Premier League, Mike Dean was in charge of that game. Their hostility towards Dean originated during a match against Chelsea where the referee failed to book Diego Costa despite the Brazilian’s antics but decided to send off Cazorla and Gabriel for the Gunners.

Back then, the Gunners set up a petition to ban him from refereeing Arsenal matches in the future. The petition went on to receive more than 100,000 signatures.

Dean has officiated in the North London Derby on six previous occasions and he has handed out two red cards and ten yellows during that time.

The Arsenal fans will be hoping for a fair game this weekend and Mike Dean cannot afford to make a mistake here.

Mike Dean appointed as the ref for the North London Derby… pic.twitter.com/Aqcx7WeFJY

Mike Dean is the ref for Spurs game on Saturday. We are playing against 12 men then.

Mike Dean gets the whistle for the NLD. Looking forward to him getting MOTM after awarding himself a penalty in extra time. ?