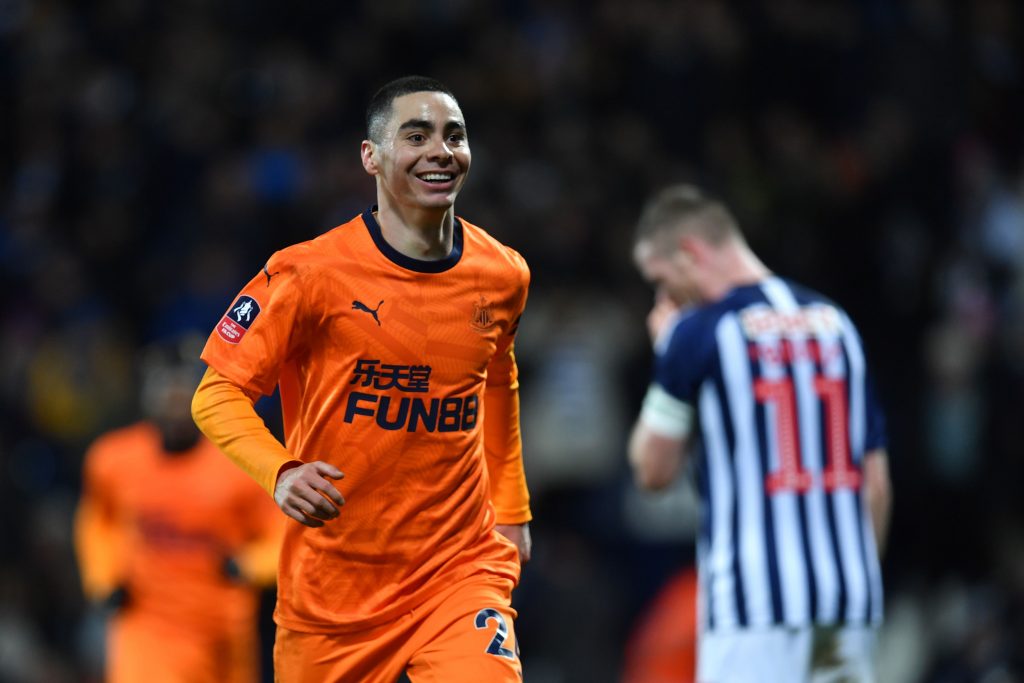 Newcastle United midfielder Miguel Almiron is currently ruled out with a knee injury he picked up against Wolverhampton Wanderers in the last match.

The Paraguayan midfielder has been a key player for Steve Bruce in recent weeks, and his absence is a major blow for the Magpies in the next few matches.

However, the Paraguayan national team’s doctor has claimed that Almiron could be back in action within four weeks.

The national team’s doctor Osvaldo Insfrán said (via the Chronicle): “Miguel Almirón has a right knee injury, and it would be four weeks to recover. I still haven’t seen the MRI, but I spoke with him and he is pain-free, running on the treadmill.”

The Magpies are currently battling for their survival in the Premier League, and if Almiron returns within four weeks, it could prove to be a season-defining moment for them.

Bruce will need Callum Wilson, Almiron and Allan Saint-Maximin fit and available as soon as possible.

Wilson has been sidelined for a while now, and the goals have dried up for Newcastle since then. Almiron did well to carry his side’s attack in recent weeks, but the Paraguayan’s injury blow has left the Magpies relying on Joelinton, Ryan Fraser and Andy Carroll.

The fans will be desperately hoping that the diagnosis from the Paraguayan national team doctor is accurate and their star midfielder returns in time for the game against Tottenham Hotspur on April 3.