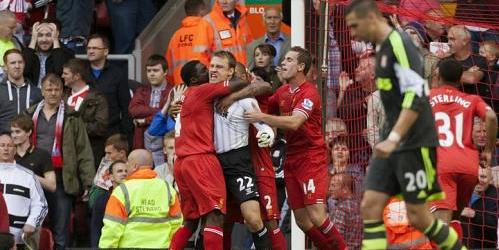 It all looked like the same familiar picture, which has been going on in the past few years now. Liverpool were creating abundance of chances, and were equally at their profligate best, squandering those opportunities at bay. 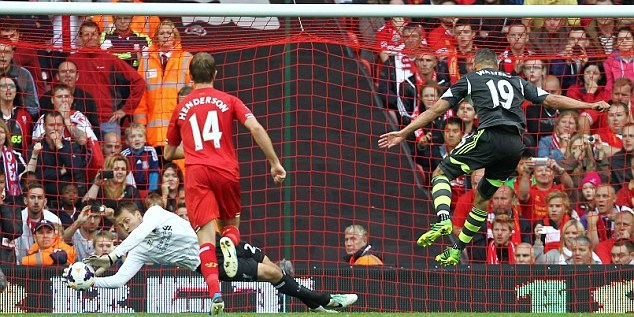 And just when the clock started ticking towards the finale, the panic button had been pressed, yet again. They nearly ruined all their efforts. They usually do. When Daniel Agger touched the ball, inside his box, and referee Martin Atkinson awarded a penalty, the same fears started to haunt again. The same cycle of frustration was clearly visible among the fans in the stands.

It can happen to any team on any given day. But, only the quality sides find a way to see off the pressure till the end. When will Liverpool learn to grind out the results?

Brendan Rodgers has said this season that the Reds should aim for the Champions League qualifications. The squad has been bolstered and there’s no reason to feel intimated. But having been out of top four for several years, doubts linger whether they have the mettle, the character, the belief to grab victories under odd circumstances.

That was one hell of an odd situation. With just few minutes left, conceding a penalty in a match where the Reds dominated completely was really odd for the home side. All eyes gazed fixed on Simon Mignolet, the debutant. Mignolet was the deciding factor between ecstasy and grief.

The Belgian international looked bit shaky in the match in the first half. First competitive game at Anfield, Kop roaring behind – hardly, one can blame if nerves controlled over him on a few occasions. But, he kept his heart steady and produced a stunning double save to deny first Jonathan Walters’ straight penalty, followed by another top save off Kenwyne Jones on the rebound.

Anfield not only breathed a sigh of relief, not only there was an uproarious jollity, but it inhaled the tinge of fresh optimism, whose absence has plagued the club for years.

It meant so much to everyone. Players from all corners of the pitch jumped on him, skipper Steven Gerrard ran like a sprinter and hugged him, and foolish-dreamy-eyed fans were left in pandemonium.

Yes, I had the opportunity to interact with guys, who were at the KOP stand that day and one of them said – he never heard such decibels since Dirk Kuyt scored the winning goal against Manchester United at this historic venue.

Whether Mignolet will prove to be a great signing will be judged in time only, but with that save, and yes, that save only, he has become an instant hero.

It was not just a three pointer. It was a massive three pointer, the sort of things that change the body language of the dressing-room completely.

Rodgers said: “There’s a camaraderie and a togetherness there. Long may it continue. We haven’t won the World Cup, it’s a game of football. But the lads are happy, they’ve done their job. They knew this was a big three points.”

It is easy to get swayed by emotions. It was only the first game of the season and Liverpool haven’t achieved anything, apart from just three precious points.

But, when such types of moments take place on the very first day, it can have a massive effect on the team, as the manager said “it just feels different”. Rodgers and his men will be hoping to have this positively different feeling many more  times this season, and they need to, if are to have a shot at the Champions League.