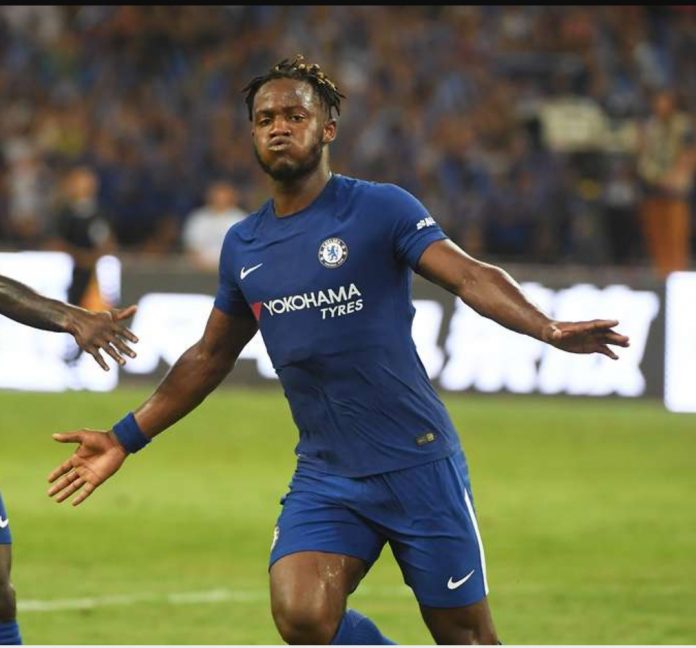 The Belgian would be a direct replacement for Arsenal-bound Pierre-Emerick Aubameyang.

Since a £33m move from Marseille, the 24-year-old has found it difficult to make an impact at Stamford Bridge.

Last season he played second fiddle to Diego Costa for much of the season.

However, he did come off the bench to score the goal that clinched the Premier League title at the Hawthorns last April.

Following the summer signing of Alvaro Morata, the Belgian has once again found himself largely a spectator.

Making only 3 Premier League starts, with 11 appearances overall, he has scored 2 goals.

Batshuayi to his credit has remained composed in what has certainly been a tough time for the former Standard Liege marksman.

With the World Cup coming up, a move away now would be just what the striker needs to add to the 11 caps he has earned so far.

It is thought that Chelsea are happy to do a loan deal. However a lot will depend on the blues finding a suitable replacement.

Andy Carroll has been heavily linked with a move, but those rumours have so far been denied by West Ham.

Dortmund may yet test Chelsea’s resolve with a cash offer, if the Aubameyang deal goes through as expected.