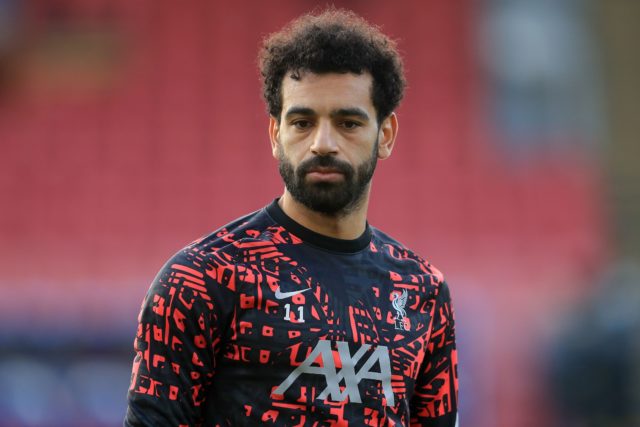 Salah came on as a sub in the 57th minute, replacing Sadio Mane. The Egyptian who scored in his previous four games scored twice to take his goal tally to 16 in all competitions this season.

The 28-year-old has been arguably one of the most consistent performers for Liverpool this season, and Owen feels that the Egyptian has become an ‘accomplished’ attacker.

“He got better at Roma. Even at Liverpool when he first came, you could see he was getting much better than when he was at Chelsea.

“Now he has turned into an unbelievably accomplished finisher. Vey rarely waste chances. Always picks the right finish – whether he slides, whether he is outside the box. He has got power, he’s got guile, he can dink, he can take the ball around the goalkeeper.”

Salah joined Liverpool in 2017 from Italian club AS Roma for a reported fee of £34m.

He has broken so many records already at the club, and he could end up as one of the club legends if he continues playing for a few more years.

Owen is absolutely spot on that Salah has become a terrific finisher.

In the previous seasons, Salah scored some outrageous goals, but he also missed a lot of gilt-edged chances. This season, he has become more clinical. Truth be told, he has taken his game to such a high standard that his top-level performances have become a normal routine for the supporters.

In an injury-hit season for Liverpool, Salah’s goals have helped the Reds to reclaim the top spot in the Premier League.

However, in a recent interview, Salah has hinted that he would like to test himself at Barcelona or Real Madrid in the future, but also that he is happy at Liverpool at the moment.