Former Liverpool striker turned football pundit Michael Owen has predicted on Betvictor.com that Newcastle will hold on to a draw against Tottenham Hotspur this weekend.

The 2018-19 Premier League campaign got underway on Friday, and the Magpies will face Mauricio Pochettino’s Spurs at St James’ Park in the Saturday lunch time kick-off.

This is a fixture between the two clubs who have had a frustrating summer transfer window. While Rafael Benitez struggled to bring in the right profile of players due to lack of funds, Spurs became the only Premier League club since 2003 to have not signed a player in the transfer window.

Owen, the former Newcastle striker, says that the Magpies’ summer transfer business has been largely underwhelming, and one could feel the frustration among the fans.

He has also voiced concerns regarding Spurs’s lack of transfer activity especially when other rival clubs have strengthened their squad significantly.

However, Tottenham did well to retain their best players, and they still have a strong star studded squad. Owen predicts Newcastle to manage a draw against Spurs on Saturday.

“West Brom striker Salomon Rondon is likely to join the Magpies this week, but their summer signings have been largely underwhelming and you can almost feel the frustration in Rafa Benitez’s voice as he prepares for the visit of Spurs,” Owen wrote on BetVictor.com.

“Spurs are yet to make a new signing themselves whilst their title/top four rivals continue to build and improve. Mauricio Pochettino has criticised what he believes to be the premature closure of the transfer window and feels Premier League clubs are at a disadvantage compared to the rest of Europe who have another three weeks to do their business. I think Newcastle will keep a point.” 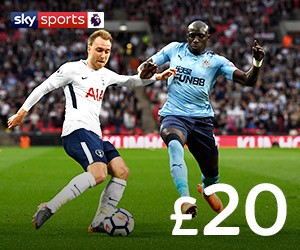