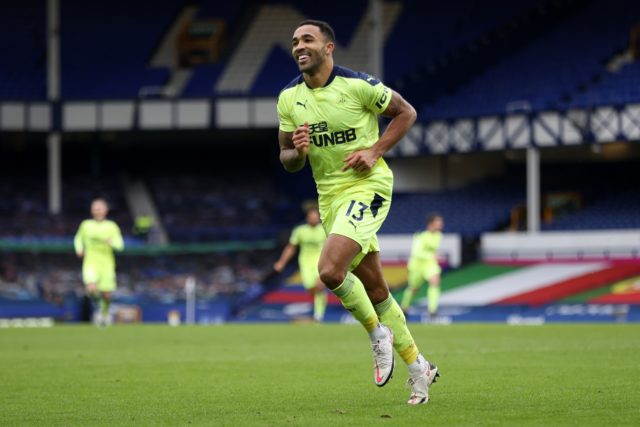 Former Newcastle United striker and club legend Alan Shearer has taken to Twitter to express his instant reaction after the Magpies won 2-0 against Everton in the Premier League at Goodison Park on Saturday.

The Magpies, who were without a win in their last 11 games in all competitions, showed massive improvement on the pitch as they picked up all three points.

Two goals from Callum Wilson in the second half made the difference between the two sides and relieved the pressure on manager Steve Bruce with a much-needed win.

3 much needed points. A clean sheet and @CallumWilson scoring goals again. MASSIVE improvement all over the pitch. #EVENEW 👏🏻👏🏻👏🏻👏🏻👏🏻 pic.twitter.com/Z39CEfkZdk

Former Liverpool and Newcastle striker Michael Owen has also shared his reaction after the game. He has labelled the performance as ‘impressive’.

As individual performances go, that’s as impressive as it gets from @CallumWilson. Huge result for Steve Bruce. #EVENEW @btsport

Newcastle slipped towards relegation zone after they lost their past five Premier League games. Steve Bruce was under a lot of pressure, and he even feared that his job was under threat.

Bruce switched to a 4-4-2 diamond formation, and they produced a brilliant away performance to secure their first win in 12 games.

Wilson ended a seven-game goal drought by heading in Jonjo Shelvey’s corner. He then hit the post before scoring in stoppage time.

On the other hand, it was a shocking performance from Carlo Ancelotti’s side – a poor team effort where none of the players can look back at their performance with great pride.

Everton enjoyed 61% of possession during the game, but Newcastle registered 13 shots during the match. Despite the loss, the Toffees remain seventh, three points off the top four.