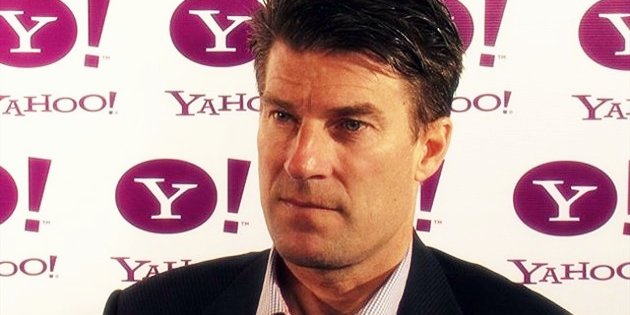 When the current Wigan manager, Roberto Martinez, took over Swansea City in 2007, they were plying their trade in League One. He planted a seed in the Swansea-system which was then taken over by former Queens Park Rangers manager and Portugal midfielder Paulo Sousa.

Then in 2010, Brendan Rodgers took the helm and helped them earn a place and a win in the English Championship play-off which secured their promotion to the Premier League.

In June 2012, Rodgers was replaced by the former Denmark midfielder, Michael Laudrup. Under Laudrup’s management, Swansea went on to not only win the 2013 League Cup but also finish in the top-ten of the Premier League – which in itself is quite a feat, keeping in mind how QPR are finishing bottom of the table.

These are amazing achievements for a club that was promoted to the Premier League in the 2011. This season’s journey recorded wins over Arsenal, Liverpool, Manchester City and Manchester United at the Liberty Stadium.

Speaking to Yahoo! as part of their deal with the League Managers Association, Michael Laudrup talked about the best players of the Premier League in his opinion, his favourite manager, English clubs in the Champions League and how he thinks La Liga compares to the English game.

Read the second part of the complete transcript of the Michael Laudrup interview below. You can find the first part of this interview here.

Question: Who do you think has been the Barclays Premier League’s best player of the season? Outside Swansea of course.

Michael Laudrup: It’s always very difficult because it depends how you judge it. Do you look at the player who has had an influence on the team winning a title, or do you look at a player who has been outstanding individually even if his club hasn’t won anything?

Q: Earlier this season Michu was voted the most impressive signing for the first part of the season by Premier League managers. Were you surprised that he wasn’t a contender for the PFA Player of the Year Award?

ML: Yes, I was, because we won something. Domestically there are three titles: the Barclays Premier League; the FA Cup and the League Cup. We won one of them so a lot of the other players who were nominated were individuals who didn’t win anything, Suarez and Bale for example. We can agree that they are two outstanding players but they didn’t win anything, so, again I’m not saying that Michu is better than those two, but I am questioning what the criteria is when we nominate someone for an award like that.

Q: Were there any players in English football in general who have particularly impressed you with their quality this season?

ML: There have been a lot of players who have impressed me. Every weekend you come up against excellent players so it’s impossible for me to pick out just two or three. There are a lot of very good players for their teams and that’s what I am looking at when I watch teams. It varies from team to team, but in this division there are quality players in every position – sometimes the star player can be a forward, sometimes a goalkeeper, sometimes a left back.

Q: Which manager has impressed you from playing against their teams?

ML: Similarly, there are a lot of good managers and some managing teams that have beaten us so I could say them. However, if I had to pick one I would have to go for Sir Alex Ferguson. I think there were three teams that could win the title this season, Manchester City, United and Chelsea and Manchester United won it by a comfortable margin.

I always maintain that the players are the most important factor but I think in this case the manager is very, very important as well. Sir Alex Ferguson has done it year after year so a lot of credit must go to him.

Q: It wasn’t a successful season for English Premier League clubs in the Champions League. Do you see this as a blip or evidence as the start of a trend?

ML: One season can never be a trend, so it could just be a blip, I’m sure it will just be like that for one campaign – we will have to see what happens next year, though. It is similar to the debate everybody is having over whether German football is now better than Spanish football. Again, let’s see what happens next season.

Sometimes it depends on the draw as well. We saw a fantastic game between Manchester United and Real Madrid in the quarters so it’s difficult to say. Anyway, let’s see if in 12 months time we are sat here discussing why all the English sides have been knocked out of the Champions League before the semi finals.

Q: Having managed in Spain and now in England, how do they compare and where do their respective strengths lie?

ML: They’re two very different leagues, I believe they’re the two best leagues, I know the Germans won’t agree right now but that’s what I think. I think what you can say is that more teams in Spain are trying to play using the same passing philosophy where as here there are more contrasting styles, but that is all part of the challenge.

For more insight from Michael Laudrup and other leading managers plus exclusive Premier League highlights go to www.yahoo.co.uk/sport