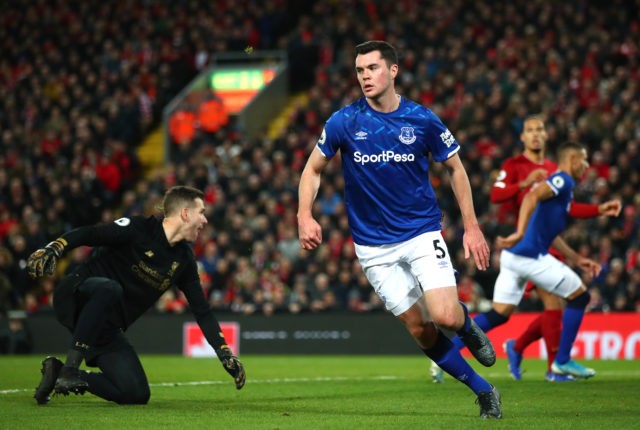 Everton defender Michael Keane has admitted that he frequently visits sports psychologists to keep himself mentally fresh and energised.

Keane joined Everton in the summer transfer window of 2017 for a reported fee of £30 million from Burnley. He struggled initially and took time to settle down at Goodison Park.

The 27-year-old in a candid interview with The Athletic has admitted that his first season didn’t go well at Everton. In fact, he was so mentally down that he felt embarrassed to leave home. On top of that, there was the pressure of the price tag.

Keane had admitted that his mood suffered, although he carefully avoided the term depression. He recalls that his friends and family helped him during the bad phase, and it was around that time that he started to visit sports psychologists.

In fact, the England defender has admitted that he is still in touch and that he is seeing someone else as well.

“During that time when I had my injuries and I was playing through them, but not playing well, we were getting battered in a few games and they said, ‘You need to speak to someone, just to clear your head.’ There was nothing seriously wrong with me. It would just be good to speak to a different kind of person and try and reboot and refresh and go again,” said Keane.

“From that point on, I saw a sports psychologist, and I’m still in contact with him now. I’m also seeing another one, because it’s difficult for me to see the first one that I was first seeing all the time. It’s just something that I’ve continually done, even when things are going well.”

Keane has established himself as an important player in Carlo Ancelotti’s system. He has started in 19 Premier League games this season and has made appearances from the bench.

However, it remains to be seen what the future holds for him especially if Ancelotti brings in a new defender like Gabriel in the summer. There is a suggestion that Ancelotti could offload either Keane or Yerry Mina or maybe both to restructure the defence.