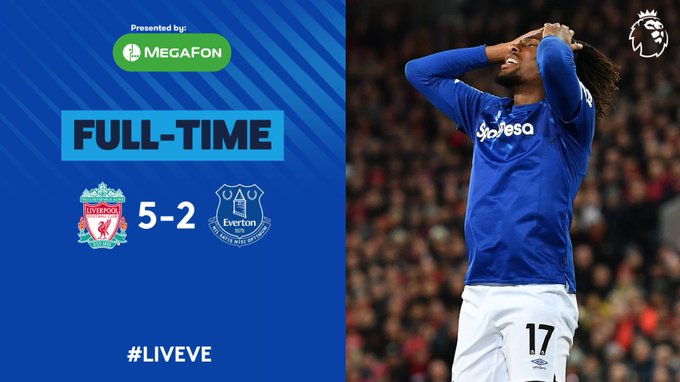 Everton dropped into the relegation zone after suffering a humiliating 5-2 defeat against Liverpool in the Merseyside derby clash on Wednesday at Anfield.

Former Everton player Michael Ball has taken to social networking site Twitter to express his reaction after the game. He has severely criticised the performance, calling it as ‘spineless’. He also felt there was a ‘lack of leadership’ in the Everton team.

A chance to show the fans you care & you put that performance in.

Walked straight into thier game plan & expected them to lay down.

Lack of leadership & cuteness once again we are too nice!

Another former Everton player Neville Southall feels that it is time to fight back, and that everyone associated with the club must stick together.

It was a really disappointing performance from Everton who conceded four goals in the first half.

Although the Toffees raised their intensity in the second half, Liverpool were comfortable in possession and controlled the game well.

In the 90th minute, Gini Wijnuldum scored for the Reds to seal all three points.

It has been a very poor show from Everton this season, and it seems Marco Silva is gradually losing the dressing room here.

The manner of the defeat has been largely frustrating. Everton spent a lot of money in recent transfer windows, and this is not the position they were supposed to be in.