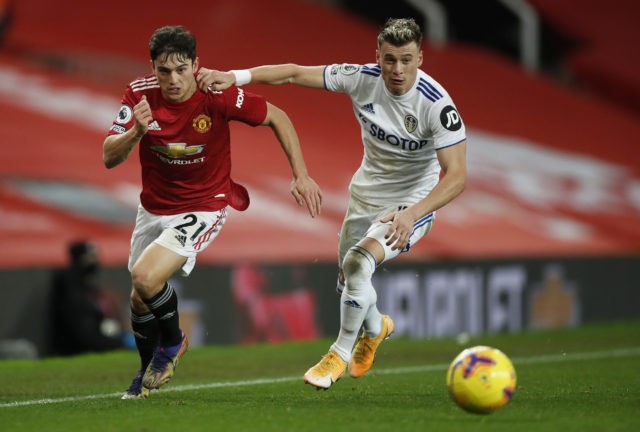 The Red Devils have picked up six wins out of their last seven games in the Premier League, and they are only five points behind Champions Liverpool. In fact, should they win their game in hand, they would be only two points behind the Reds.

Richards has rightly noted that United have still plenty of work to do, but Ole Gunnar Solskjaer deserves the credit for being absolutely spot on with his tactics in plenty of big games in his time as United boss.

“Leeds are a high-energy team, who work hard and play expansive football high up the pitch. A lot of teams see those qualities and think they will just sit back and wait to hit them on the counter.

“Manchester United, though, were different. They left three players up the pitch, which meant every time they got the ball they caused them lots of problems.”

Richards has showered praise on Scott McTominay and Dan James. McTominay – who scored two goals in three minutes – added the energy and dynamism needed in the middle of the park.

The BBC pundit has hailed James’ performance as ‘brilliant’ as he provided that extra bit of pace to United’s attack and helped to tear Leeds down.

“I’m sure Solskjaer’s selection raised a few eyebrows, with Paul Pogba on the bench, Fred and Scott McTominay in midfield and Daniel James part of the attack.

“But McTominay was superb, giving them the energy and dynamism they needed in midfield, and I thought James was brilliant too. He helped provide that extra bit of pace to their attack that let them really tear Leeds apart.”

James has struggled for regular games this season, but he did make a strong impact against Marcelo Bielsa’s side.

The 23-year-old has managed four Premier League starts in the Premier League, and scored his first goal of the season last night.

There have been talks in recent weeks that James could be sold in the January transfer window, and that Leeds could be interested. However, after a performance like this, he can expect to play in the coming games to impress his manager.