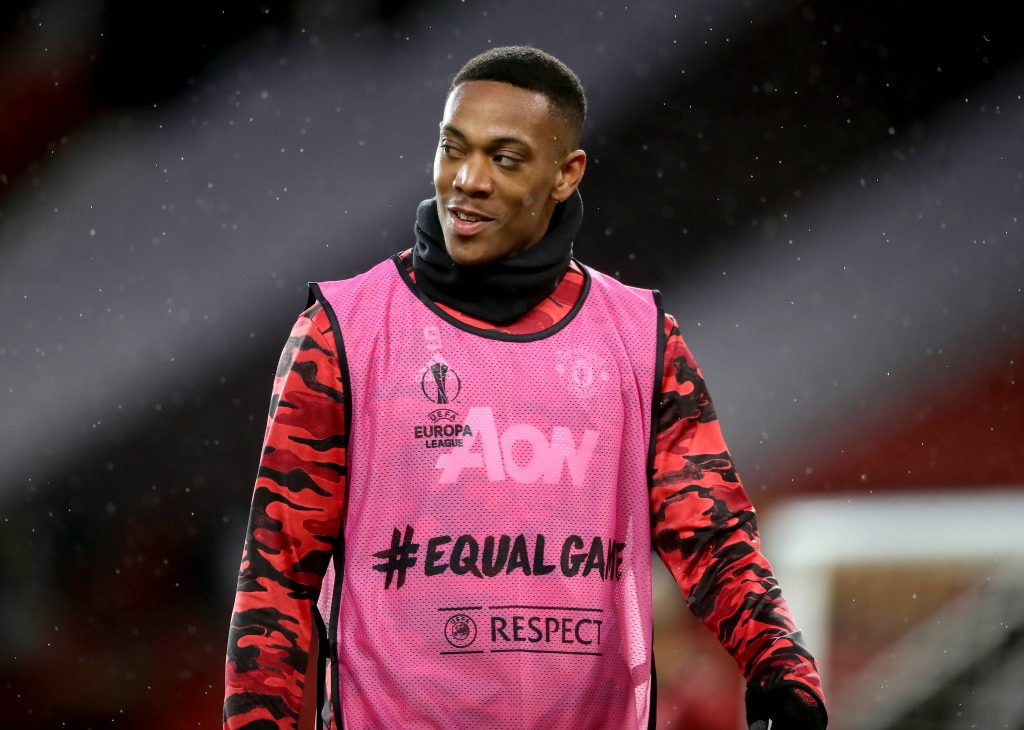 The Frenchman was expected to be out for the rest of the season, with Red Devils boss Ole Gunnar Solskjaer admitting earlier this month he would be amazed if he was back this campaign.

“Anthony has started his recovery and, if we see him before the end of the season, I will be very surprised,” Solskjaer explained to Manchester United’s official website.

Despite those comments, the Manchester Evening News have posted an article about a boost for Martial and United.

The publication pictured Martial in public on Wednesday, where he was seen ‘moving freely and without a brace on his injured knee’.

Martial was also asked about his knee, to which he replied that ‘it was feeling good’.

While this is by no means confirmation that Martial could return by the end of the season, it is still a boost for United.

With several big fixtures coming up, including potentially a Europa League final, getting Martial back fit could be huge.

United’s clash with Roma could be pivotal in their season.

While it looks likely that Solskjaer’s side will finish in the Premier League’s top four, the Europa League represents United’s last chance of silverware.

Roma have not had the greatest of seasons in Serie A, with Paulo Fonseca’s side sat seventh in the table.

However, they have impressed in the Europa League with wins over Braga, Shakhtar Donetsk and Ajax in the knockout stage.

It is safe to say that Roma will be no pushovers and United will have to be on top form to ensure their progression to the final.