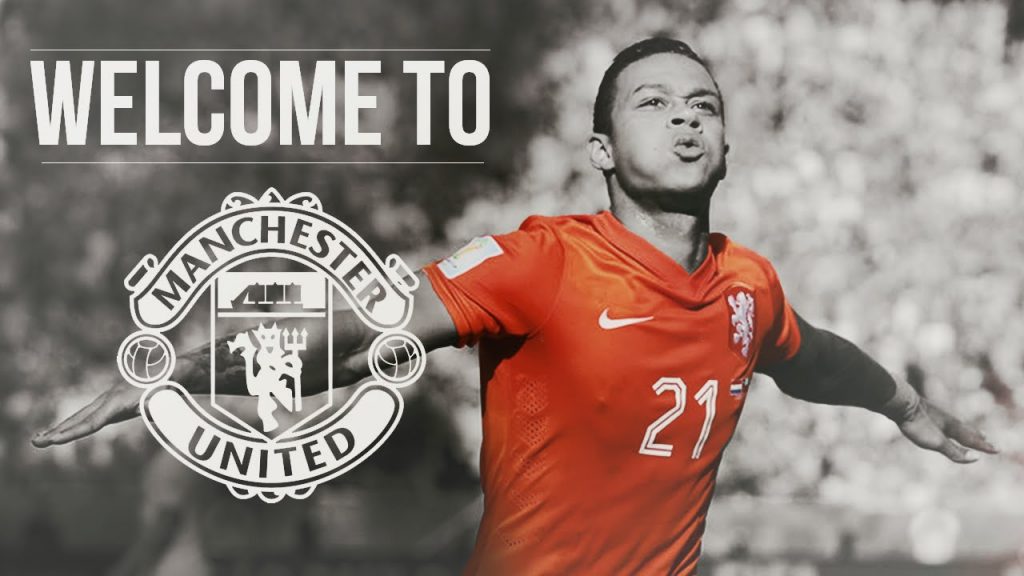 Manchester United winger Memphis Depay was handed the number 26 shirt as he trained with his new teammates for the first time since arriving at Old Trafford.

Great to see @MemphisDepay training with his #mufc team-mates for the first time today! More pics at ManUtd.com.

The Dutch attacker joined United in a 25 million pound deal from PSV this summer and will wear Shinji Kagawa’s former number at Old Trafford. Depay was seen enjoying his training with the likes of Rooney, Shaw and Januzaj.

Manchester United fans are excited about the explosive young winger from Eredivisie, who carried his side to the title last season and was arguably the best U21 player in the world.

Depay can operate as a striker as well as a winger and will add much needed pace and goals to Van Gaal’s attack.

Although Depay wearing the number 26 shirt doesn’t mean he is set to get that number. Previously the likes of Juan Sebastian Veron have also trained with a different shirt in pre-season and went to get a different number later.

It will be interesting to see what number Depay takes up eventually, but there is no doubt that regardless of the shirt number, United fans are in for a real treat when they see their new boy in action next season.