Tottenham Hotspur added six players to their first-team during the international summer transfer window, and they could still make one more signing before the EFL transfer deadline on Friday.

While those players will no doubt help boost the quality of the Spurs squad, the club-record signing is also starting to live up to expectations after struggling last term.

Tanguy Ndombele appears to have forced himself into the plans of head coach Jose Mourinho this term, featuring in seven games across all competitions and weighing in with two goals.

The 23-year-old wasn’t called up by France for this month’s international break, and he has used that opportunity to continue working hard at Hotspur Way.

Ndombele shared a clip of one of his training sessions on social media, and it left Lyon star Memphis Depay impressed, with his former teammate reacting thus to it: 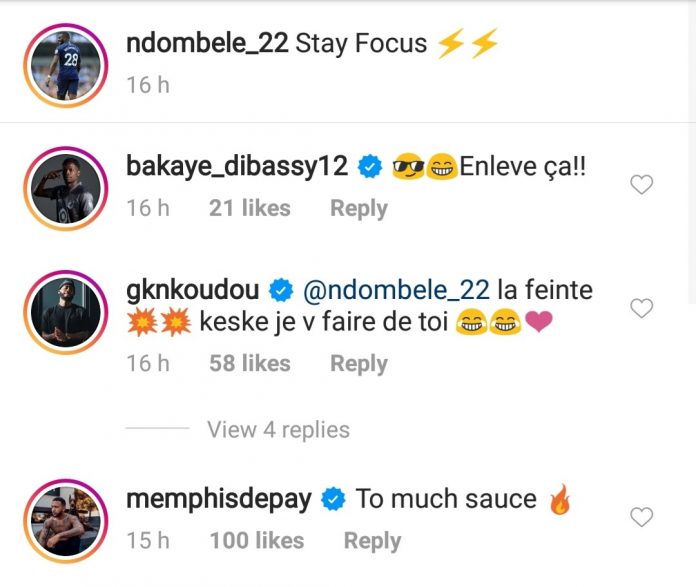 Ndombele was linked with an exit for the majority of the transfer window having fallen out with Mourinho during the enforced break.

However, player and boss have since made up, and it’s safe to say Spurs could finally start seeing the best of last summer’s signing this term and going forward.