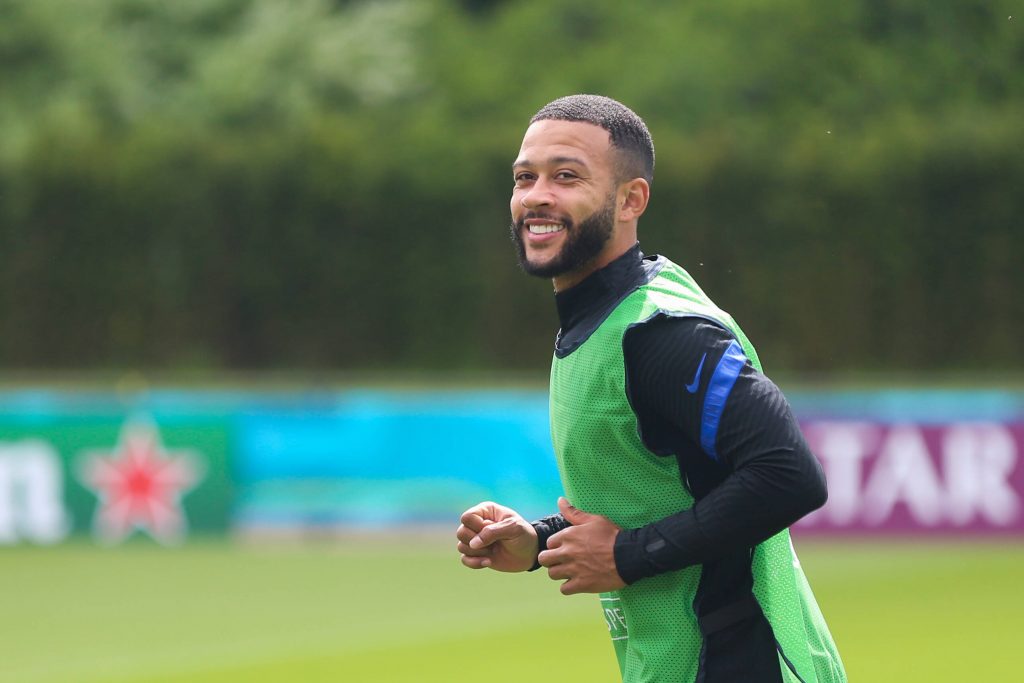 The Dutchman has been a long-term target for the Blaugrana, and he was fancied heavily to join them last summer before the move broke down.

He will be a free agent when his contract with Lyon expires next month, and it is reported that the Blaugrana are set to land his signature.

Georginio Wijnaldum recently made a surprise U-turn as he turned down advances from the Blaugrana to join Paris Saint-Germain for a higher salary.

There have been fears that Depay could follow suit with interest from Juventus, but Sport claims that the Blaugrana have now sealed the deal.

Depay’s contract offer has been reduced from three to two years with a higher salary than initially proposed by the Catalan giants.

The club will have an extra 12-month option. A deal is expected to be confirmed next week if he is allowed to have his medical on Euro 2020 duty.

Depay had a superb 2020/21 campaign with Les Gones, registering 22 goals and 12 assists from 40 appearances in all competitions.

He is in the prime of his career, and it is unsurprising that Juventus, Inter Milan and Paris Saint-Germain have expressed an interest.

The Bianconeri offered £3 million more in terms of annual salary, but the Blaugrana have won the race with an improved contract offer.

The lure of playing for the club would have tempted him, but Ronald Koeman’s presence could be another driving factor in the decision.

Koeman played a key role in transforming him into a striker from a left-winger when he was the head coach of the Netherlands.

Depay said last month that Koeman wouldn’t influence his decision to join the Blaugrana, but it doesn’t appear so with how things have unfolded.

The club recently confirmed that Koeman will stay as their manager, and the €45 million-rated star has now given the go-ahead for the free transfer.