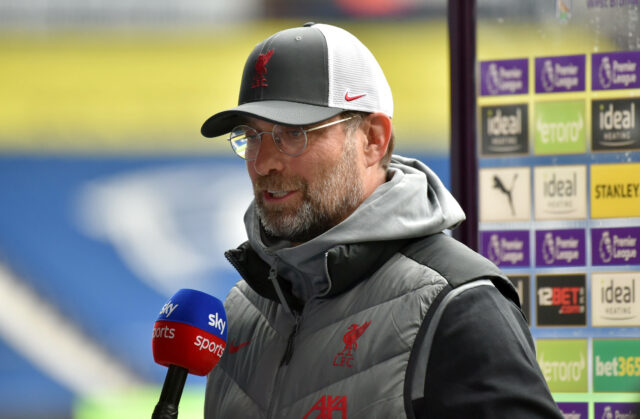 A dramatic late goal from goalkeeper Alisson Becker earned Liverpool a significant victory in their quest to achieve a Premier League top-four finish.

The Brazilian scored deep in stoppage time to earn a 2-1 victory at West Bromwich Albion.

Jurgen Klopp’s side are now one point behind Chelsea with two matches remaining, and every game is a must-win situation.

The visitors had been left frustrated by a disciplined West Brom side that were already relegated.

With a few seconds left on the clock and the game heading for a draw, Alisson rose to glance Trent Alexander-Arnold’s cross home to earn a dramatic victory for the Reds.

This is how the press in the UK have reacted to the result. 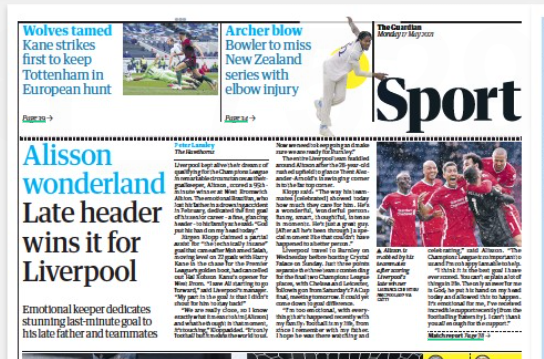 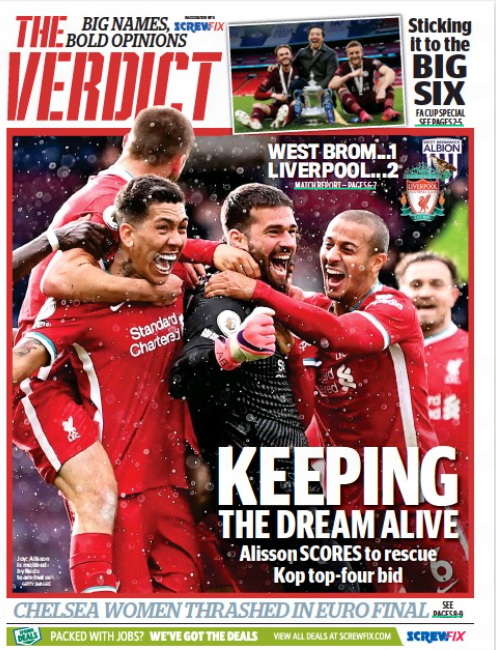 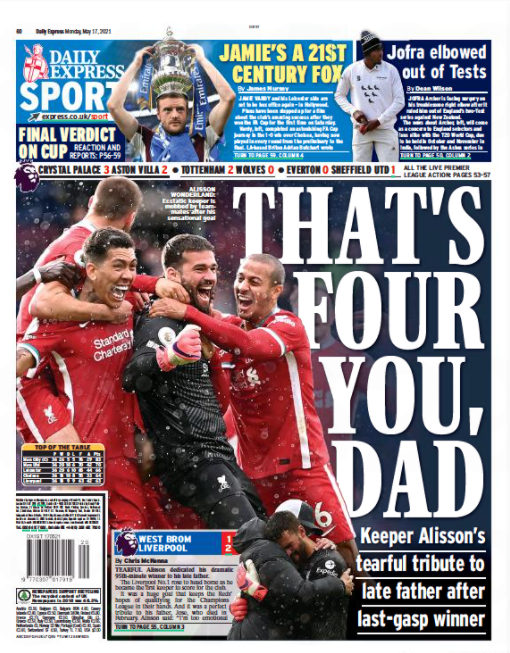 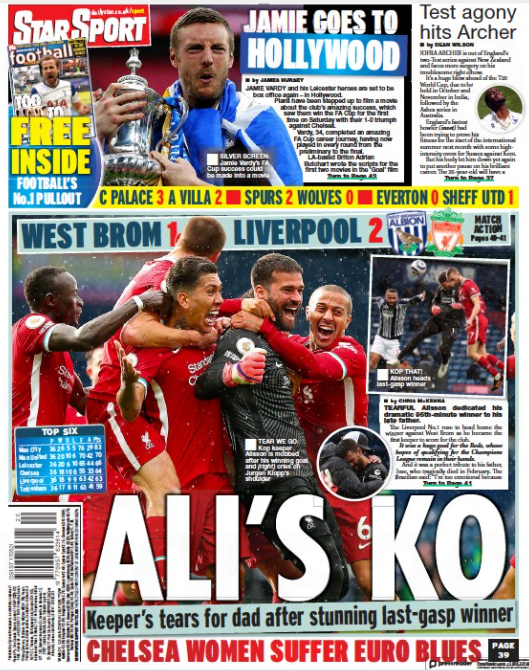 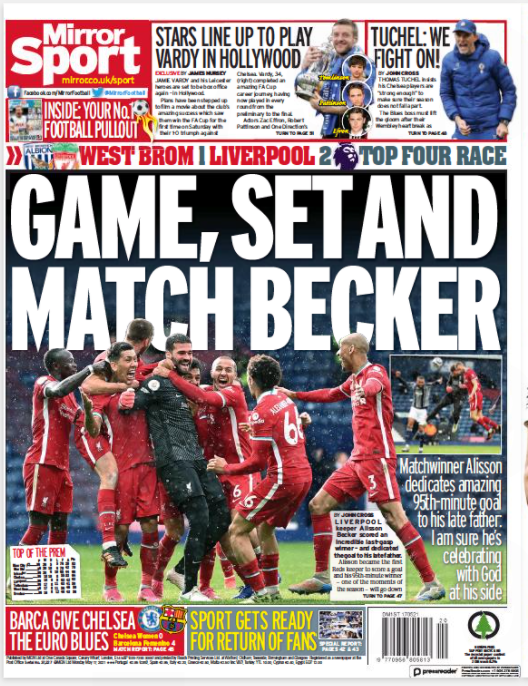 Hal Robson-Kanu gave put the Baggies ahead in the 15th minute, capping his first Premier League start since December 2017.

Mohamed Salah scored for the visitors with an incisive finish – taking his goal tally to 22, to go level with Harry Kane at the top of the scoring charts.

Roberto Firmino hit the post, Sadio Mane saw an effort ruled offside, and the Reds missed a host of chances as the old frustrations crept back in.

However, Alisson scored to become the first goalkeeper to score a competitive goal for Liverpool in their entire history.

Chelsea and Leicester City will face each other in their next league game, and Klopp’s side could climb into the top four when they travel to Burnley on Wednesday.