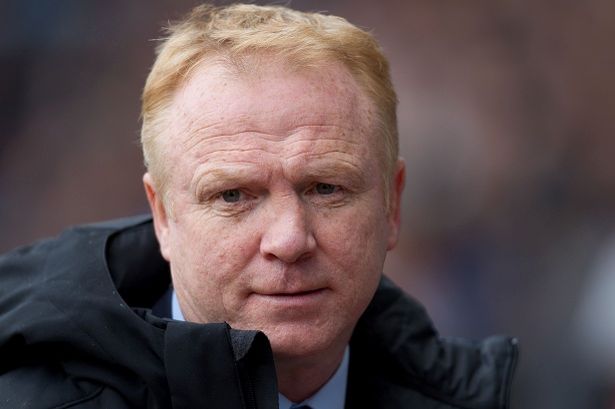 Scotland manager Alex McLeish revealed his ambition to have Leigh Griffiths “back in the squad” as soon as possible given the national team’s recent dip in form. Scotland lost 2-1 to Israel in the Nations League and suffered a 3-1 friendly defeat to Portugal days later.

They’ve lost six of their last eight games in all competitions and are lacking some firepower which wasn’t helped by Griffiths withdrawing from international duty over a lack of fitness. His place in the starting eleven wasn’t secure, which many believe may have been the reason for his decision to pull out.

Nevertheless, McLeish isn’t holding a grudge and admitted he would welcome the Celtic centre-forward back into the squad to give him another dimension in attack. He’s willing to wait for the 28-year-old to be fully fit and firing on all cylinders at club level to be an asset for Scotland.

As per the Daily Record, McLeish said: “I want anyone back in the squad who can score a lot of goals and be a real threat and give me options. I had a chat with Leigh last week and he said that physically he had to get better. That’s an individual choice. But I admire him for that.

“He wants to get to a level of fitness when he can blow Brendan Rodgers away and blow the nation away and hopefully fire the goals to get him to where he wants to be fitness-wise.”

Griffiths has scored only four goals in 19 appearances for Scotland and hasn’t been in the best form for Celtic this season, however. The former Wolverhampton Wanderers striker has scored just once in eight Scottish Premiership appearances.