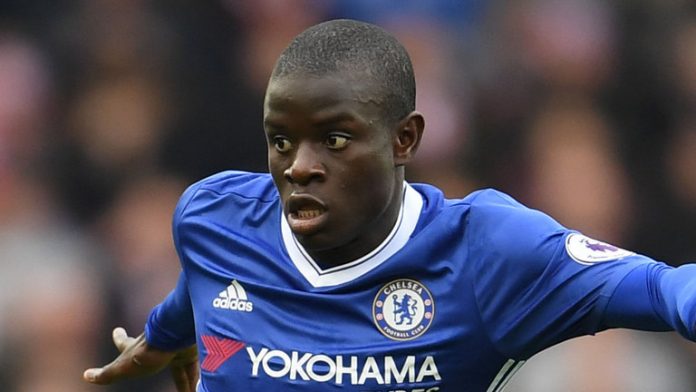 Kylian Mbappe has urged Chelsea star N’Golo Kante to join him at Paris Saint-Germain this summer.

The PSG forward told beIN Sports that he believes the midfielder would be an ideal fit for the Ligue 1 champions.

A move to France could appeal to the 27-year-old, especially with Chelsea struggling to qualify for next season’s Champions League.

“I think a player like him would be perfect for us,” said Mbappe. “He’s French, and bringing a Frenchman home could improve the attractiveness of the Ligue 1.

“All the French would love it, it would certainly be a pleasure to have him back here.”

After spending the early part of his career with Boulogne and Caen, Kante left France in 2015 to join Leicester City for £5.6 million.

He became an key part of the club’s first ever Premier League win during his only season with the Foxes.

Kante signed for Chelsea the following summer for £32 million, winning the league again in his first season at Stamford Bridge.

He also won the PFA Players’ Player of the Year and FWA Footballer of the Year and became the first outfield player to win back-to-back English league titles with different clubs since Eric Cantona in 1992 and 1993.

Kante made his senior international debut for France in 2016. He was included in their squad that finished runners-up at that year’s European Championship.

The midfielder is valued at over £50 million, a price that could be a problem to PSG as they contend with UEFA’S Financial Fair Play regulations.