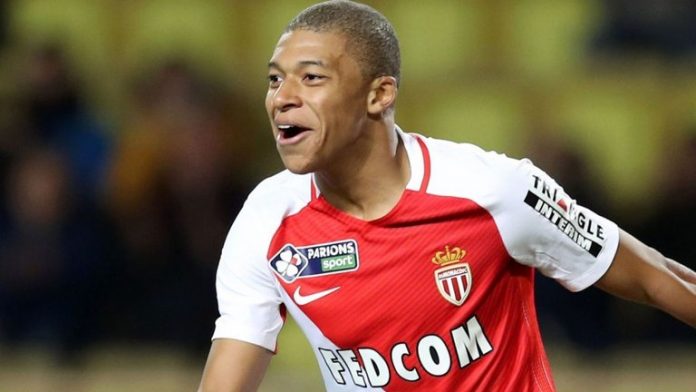 Paris Saint-Germain are negotiating with Monaco over a season-long loan deal for Kylian Mbappe with an agreement to buy the striker next summer.

Sky Italy have reported that the clubs are discussing a deal worth around £128 million that would see Lucas Moura head in the opposite direction to join Monaco.

PSG signed Neymar from Barcelona in a world-record £200m transfer earlier this month and concerns over compliance with UEFA’s Financial Fair Play (FFP) rules are the reason for talks over an initial loan move.

Mbappe has been linked with a host of clubs this summer, including Real Madrid, Barcelona and Manchester City, but a switch to PSG would create one of the most mouth-watering strike pairings in world football.

The 18-year-old shot to prominence last season, scoring 26 goals as Monaco were crowned champions and reached the last four of the Champions League.

Neymar was the star of the show for PSG over the weekend, scoring twice on his home debut as his new club maintained their unbeaten record with a 6-2 victory over Toulouse.

The duo would undoubtedly run riot in Ligue 1, although PSG boss Unai Emery has his sights set on mounting a serious challenge for the Champions League trophy.