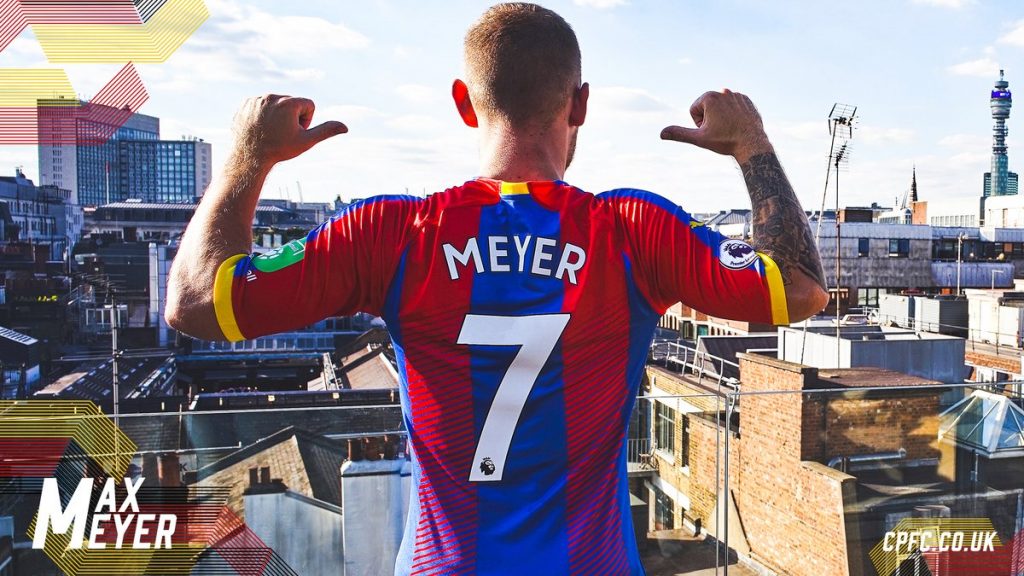 Crystal Palace midfielder Max Meyer believes that the Eagles might just have a better squad as compared to his former club Schalke.

Last season Meyer made 24 Bundesliga appearances for Schalke who finished second in the German top-flight standings behind Bayern Munich.

After indicating that he would be leaving Schalke upon the expiry of his contract, Meyer eventually signed for Palace.

The Germany international is very highly-rated and the 22-year-old’s signing is viewed as a major coup for Palace.

While the English Premier League is undoubtedly more competitive than the Bundesliga, it is debatable as to whether Palace are better than Schalke.

Meyer’s comments could contain an element of bias, especially because of the way he left the club. Meyer refused to extend his deal and he did not leave Schalke on good terms.

Having said that, Schalke did finish 21 points behind Bayern Munich last season and that indicates they are lacking in terms of quality.

Meyer told the Palace website: “I first heard of the interest in late July, so it was only a couple of weeks later that I signed,”

“The main difference between Palace and the other clubs interested was that Dougie [Freedman] and Iain [Moody] went out to Germany to visit me, and then I came to London to meet the manager. I already knew that it was a great club and city, but I got the feeling that Palace were making a real effort to push the deal over the line.

“Everything is new and exciting for me. I’m getting used to playing with a new team, as well as a new language and culture, but the first few weeks have been great. I can’t wait to play in the Premier League. After watching the Fulham game, I’ve already noticed the differences between the Bundesliga and the Premier League, especially how intense and quick it is over here, so I’m very excited to get going.

“I really think we can have a good season. We have plenty of quality and a strong squad – when you compare it to Schalke, it’s as strong, or maybe even stronger. I’m also enjoying being in London. It’s one of the best cities in Europe, if not the best, and very different to Gelsenkirchen.”