Inter Milan striker Mauro Icardi’s future has come under intense speculation in the media over the past few weeks. The Argentine has always stated his desire to play for the Nerazzurri but he could be set to move to London with reports emerging Arsenal are ready to prise him away from San Siro with a tempting offer.

Arsenal have been heavily linked with a move for Argentine striker Gonzalo Higuain but the Gunners are reluctant to pay over €90m for the Napoli striker and have set their sight on Icardi instead.

The Gunners have made an initial contact with the Argentine and the striker is all set for talks with the North London giants over a possible move to the Emirates Stadium this summer, according to reports from Sky Sport Italia. 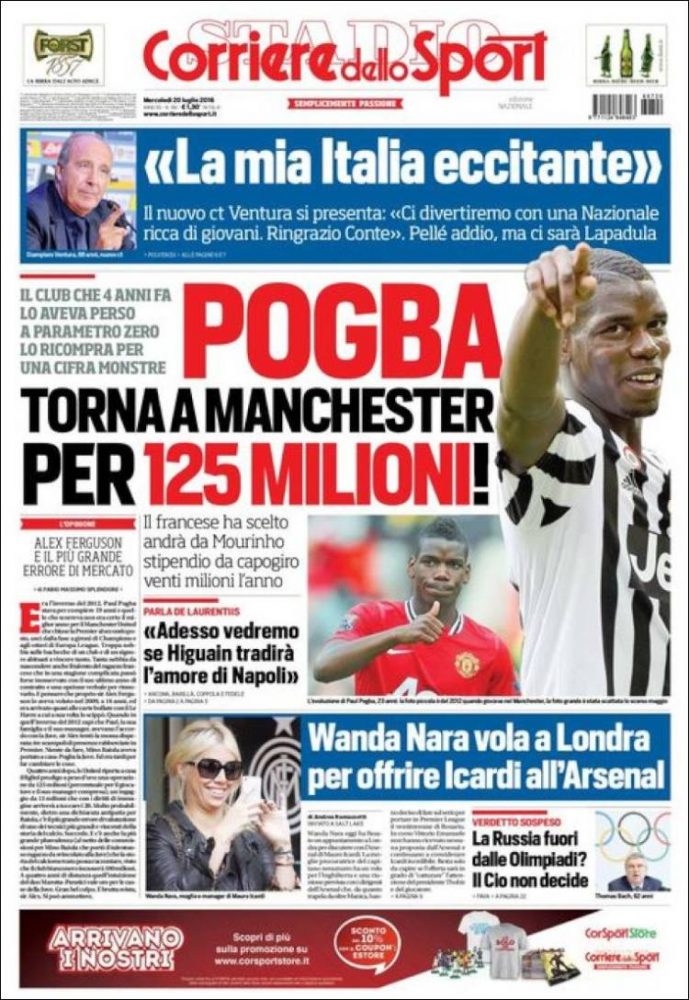 The Argentine striker has a reported €94m release clause but Inter Milan would be happy to do a business for between €50-70m. According to reports from Corriere dello Sport, Wanda Nara, the agent and wife of Icardi, is travelling to London today to discuss a potential transfer move to Arsenal for the former Sampdoria striker.

The Gunners would likely to limit their transfer fee within €50m-€70m (that’s the fee quoted by Sky Italia, but I personally believe Arsenal will start negotiating from somewhere between €40-50m) while the North London giants would be ready to offer the 23-year-old striker a €6m a season in wages, plus bonuses.

Icardi joined Inter Milan in 2013 from Sampdoria and has scored 52 goals for the Serie A giants in all competitions over the course of three seasons with the Nerazzurri.