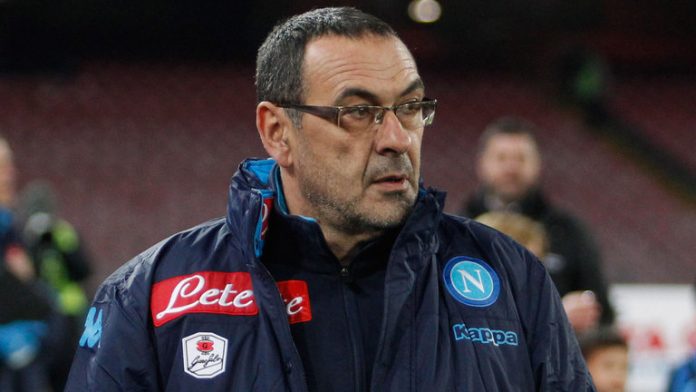 Chelsea are set to announce the appointment of Maurizio Sarri as their manager next week.

As per Daily Mail, the move is close to completion and the Italian will earn around £5.6m-a-year (£110k-a-week) at Stamford Bridge. The 59-year-old is set to pen a three-year contract with the Blues on Monday.

Chelsea are yet to announce the sacking of Antonio Conte because of issues surrounding his compensation package but that should be sorted soon.

The Blues had a season to forget last year as they failed to qualify for the Champions League. Despite winning the FA Cup, it is the right time to make a change.

Conte has already fallen out with the club hierarchy and it’s time for the Italian to move on.

Sarri had a fantastic season with Napoli last year and he took them to the cusp of glory. Juventus managed to win the title in the end but Napoli’s free-flowing football earned them a lot of plaudits.

Chelsea fans will be expecting a similar brand of entertaining football at Stamford Bridge next season. Conte and Mourinho’s (in the past) style of football has been criticised in the past.

The Blues will push on with their transfer plans once the move for Sarri is finalised early next week.